Carolina Alvares (second from left), Commercial Music BA Honours student, has been selected with her group Four of Diamonds to go through to the Six-Chair Challenge on ITV’s talent show X Factor. 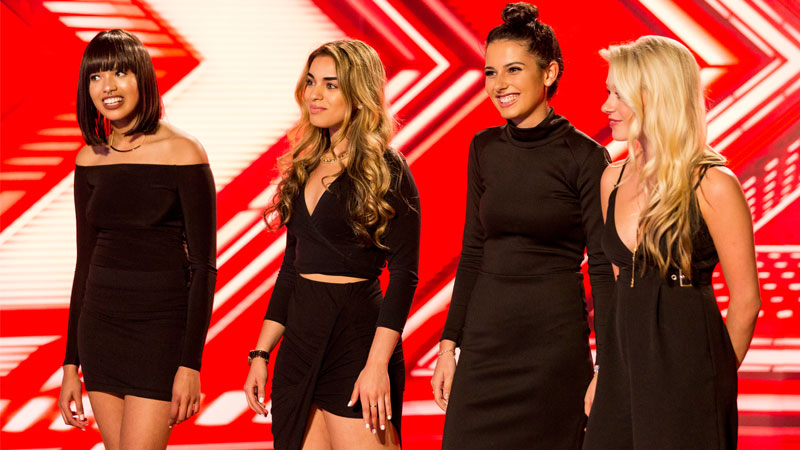 The third-year student with the other three vocalists wowed the X Factor judges last weekend, including Simon Cowell, Nicole Scherzinger, Louis Walsh and Sharon Osbourne. Four of Diamonds scooped a place in the Groups category after they marched through the auditions last Saturday and got through Bootcamp on Sunday. It was also revealed that the Groups will be managed by Louis Walsh.

This weekend the show will move from Alexandra Palace to The SSE Arena in Wembley, London, where we will learn if Carolina and her girl band will be taken through to the Judges’ House.

Caroline’s tutor in the Westminster School of Media, Arts and Design, Kienda Hoji, said: “Totally proud to see Caroline and Four of Diamonds auditioning for X Factor and getting through this far. We hope people will see the true talent she is.”

Caroline said ahead of the weekend challenge: “I am so overwhelmed by the public’s reaction. Also, I am getting amazing support from my tutor at the University, Kienda, and I am so grateful for it.”

The whole University is wishing Four of Diamonds the best of luck for the weekend!