Caroline Alvares (left), Commercial Music BA Honours student, has been brought back to ITV’s talent show X Factor with her girl group Four of Diamonds, and sang their way straight through to the next round performing The Supremes’ You Keep Me Hanging on. 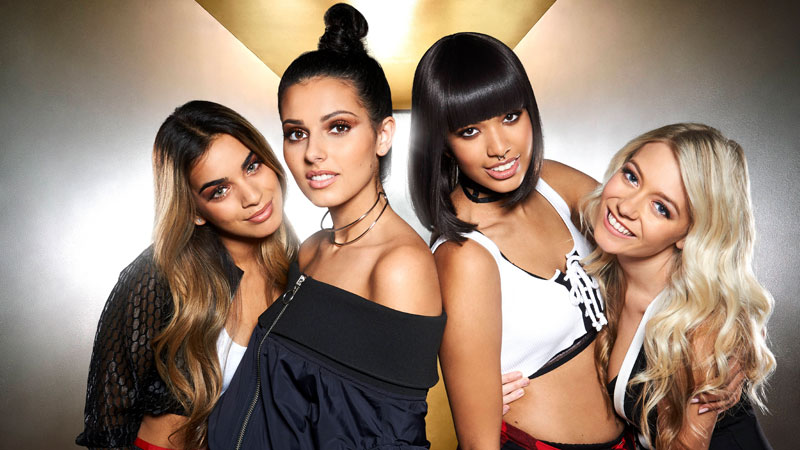 Mentor Louis Walsh brought the four-piece girl group back into the competition after they narrowly missed out at Judges’ Houses, saying: "I was really impressed with the girls at Judges’ Houses but only had three spots to fill for the Live Shows. At the time a lot of viewers were disappointed that I didn’t put the girls through, now that a place has opened up in my category, I’ve listened to the fans and am delighted to be bringing the girls back.

“They're a great girl group and I'm hoping will take me all the way to the final," Walsh told the Evening Standard.

Four of Diamonds were the last performer on Saturday’s X Factor Live Show on Motown Week with a loud crowd cheering on and receiving excellent comments from the Judges including Simon Cowell, Nicole Scherzinger, Louis Walsh and Sharon Osbourne.

Nicole Scherzinger said: “I always said you were my favourite girl group. You sounded amazing”, while Sharon Osborne commented on the group’s shock return to the competition, saying: “You coming cold like this, and giving such a great performance, well-well done!” Luis Walsh added: “These four girls are gonna go places!”

It was revealed on Sunday’s Live Show that Four of Diamonds were voted straight through to this week’s episode by the public.

Before last weekend’s performance, the Westminster student talked about what it was like being called back on the show. “We are so grateful to be back in the competition. It was a whirlwind of emotions really. Because obviously we were devastated that we didn’t get through and we returned to our normal lives, but when they said come back, we were like, ‘yeah, this is a dream, we come back tomorrow!’ We packed our stuff overnight. It was not even a question; it was a straightforward decision.”

Four of Diamonds are now staying in the X Factor House rehearsing for this weekend’s Diva-themed live show.

You can follow Four of Diamonds’ X Factor journey on the group’s social media pages:

The whole University will be rooting for Four of Diamonds and Caroline this weekend!