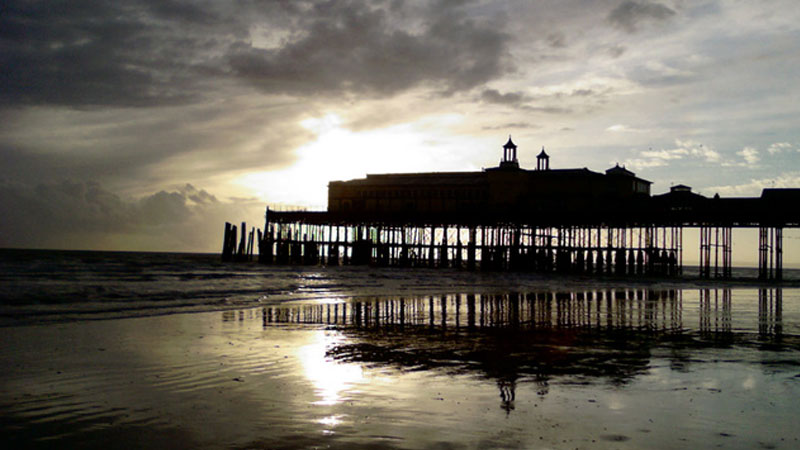 Westminster Professor Sadie Morgan’s architectural practice, dRMM, which she directs alongside Alex de Rijke and Philip Marsh, has been awarded the RIBA national award this year for designing the new East Sussex Hastings pier, destroyed seven years ago by a fire. The new pier offers a welcoming entry design to the public with flexibility, material and functional sustainability as well as an uninterrupted vista of the natural and built surroundings.

Professor Harry Charrington, Head of the Architecture Department, said about this successful project: “The Department of Architecture is immensely proud of Sadie’s role as Professor of Interior Architecture. This brilliant project was not only designed by the architects but enabled by them, in another example of the astonishing wit and strategic design capabilities of Sadie Morgan and dRMM. The project’s inventiveness mirrors the Department’s determination to give its students the opportunity to develop as designers not only capable of making beautiful places and spaces, but of shaping and making projects themselves.”

Renowned Architectural firm WilkinsonEyre, founded by Westminster alumnus Chris Wilkinson, has also been awarded the RIBA national award for adding an assortment of new buildings to the headquarters of technology company Dyson in Wiltshire, aiming to create a campus to rival ‘Silicon Valley and Singapore’ buildings. The firm designed new facilities including a minimal reflective glass pavilion, ensuring light enter the building while preserving visual security for those working inside.

Chris Wilkinson, who studied Architecture at the Regent Street Polytechnic during the 1960s, is now Director of WilkinsonEyre, a well-known architectural practice which has designed world renowned projects including the Gateshead Millenium Bridge, the London Emirates Air Line cable car and the BBC’s news home at MediaCity in Salford.

The University of Westminster is one of the UK's leading centres for the study of Architecture and the Built Environment inspiring more than 2,000 students at its teaching base at Marylebone, in central London.

Find out more about the Architecture and Built Environment courses at the University of Westminster.