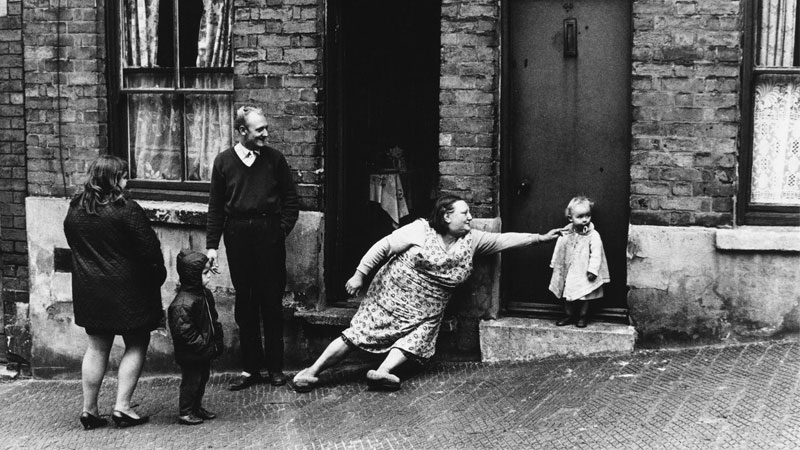 Seven students each gave a five-minute talk about an image they had selected from the Roger Mayne exhibition. Speaking at The Photographers’ Gallery in central London, students Kostis Farazoulis, Thana Faroq, Emanuele Gaudioso, Luar Klinghofer Bar Dov, Hannah Leadbeater, Chiara MacCall and Gloria Senaris spoke to a public audience that included Mayne’s daughter Katkin Tremayne about the photographs they had chosen and why they had picked them.

Karen McQuiad, gallery curator said: “They did a great job; they really held a big crowd the whole way through and made some really interesting observations. Evidently carefully researched and considered.”

David Moore, Principal Lecturer said: “Opportunities like this are great, they consolidate learning and reveal to the student that their new knowledge has a place in the wider world.”

The Photographers' Gallery is the largest public gallery in London dedicated to photography. The exhibition is the first major exhibition since 1999 to show the iconic work of British photographer Roger Mayne (1929-2014).

Find out more about the Roger Mayne exhibition.

Learn more about studying Photography at University of Westminster.