The University of Westminster’s newly-appointed Senior Research Fellow, Luis Delgado, has won a prestigious prize from AENA, the Spanish national authority for airports and air navigation. 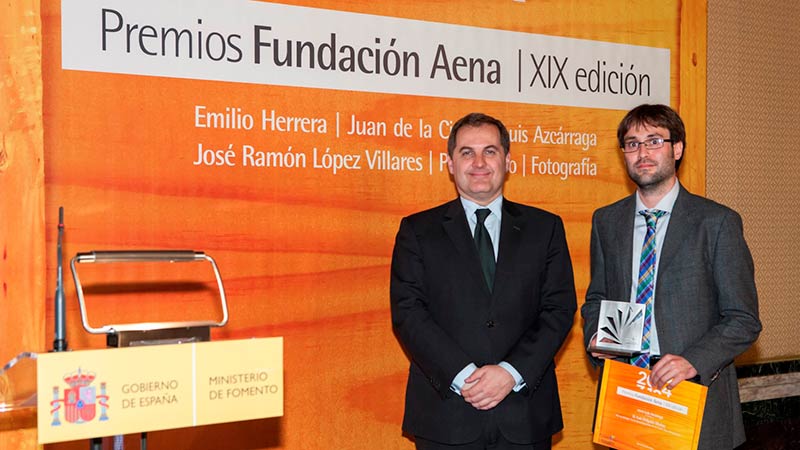 Luis Delgado joined the Air Traffic Management group of the Department of Planning and Transport at the University of Westminster as Senior Research Fellow at the beginning of this year. He was awarded unanimously the AENA Luis Azcárraga Prize for the excellence of his PhD research entitled Cruise Speed Reduction for Air Traffic Flow Management, which focuses on the use of speed variations during cruise to deal with air traffic flow management delays.

The AENA Foundation was founded in 1994 with the aim of promoting aeronautical culture across the country and conserving Spanish historical aeronautical heritage. AENA supports many educational activities. Among these is a yearly award-giving event that recognises various aspects of aeronautical innovation. The foundation gives six awards every year ranging from engineering and planning to research and journalism. The Luis Azcárraga Award, in particular, recognises research that represents a singular contribution to air transport in the fields of planning and organisation, environmental impact and preservation.

Luis obtained his PhD in Aerospace Science and Technology from the Technical University of Catalonia (Universitat Politècnica de Catalunya, UPC) in 2013. He is an aeronautical engineer from the National School for Civil Aviation (École Nationale de l'Aviation Civile, ENAC) in Toulouse, France. His research topics include air traffic flow management, aircraft performance and integration of unmanned aerial vehicles into civil airspace.