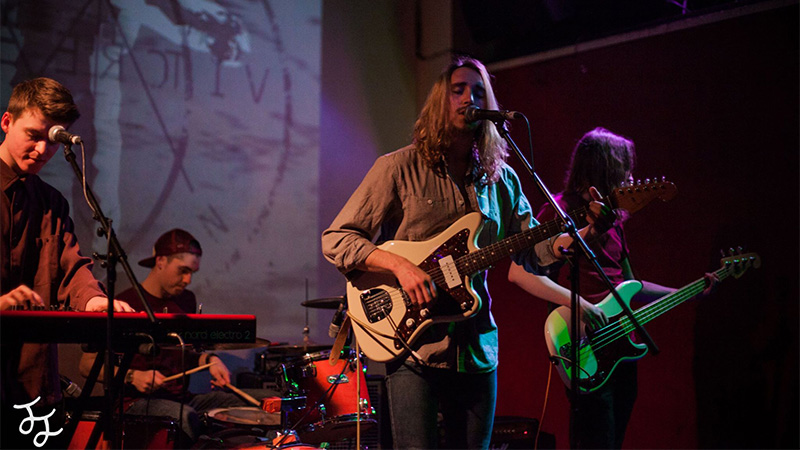 Over the past five weeks, The Independent’s student brand ambassadors held charity gigs at campuses nationwide to raise money for their i Elephant Appeal.

Each band that played submitted a song for consideration for the Student Band Competition and it was Westminster band 'Venice Trip' that scooped the top prize: an eight-hour recording session at Bowerman Studios in London.

Band members Andrés Alcover (vocal/guitar), Joe Wood (drums), Ben Camburn (keyboards) and Nick GK (bass) have been creating psychedelia and groove together since September 2012, and plan to record a new album over the summer which they would like to release on vinyl.

Working with students from other subject disciplines in the Westminster Faculty of Media, Arts & Design, the band integrate complex audio-visual artworks into their live performances, creating a sensory experience for the audience. Numerous festival appearances in Europe this summer are also now in negotiation as their reputation grows abroad.