A host of leading BBC figures, including Director-General Lord Hall, attended the University of Westminster’s historic Portland Hall on our Little Titchfield Street campus on Thursday 19 February for the launch of Pinkoes and Traitors: The BBC and the nation 1974 – 1987, a new book on the history of the BBC written by Professor of Media History, Jean Seaton. 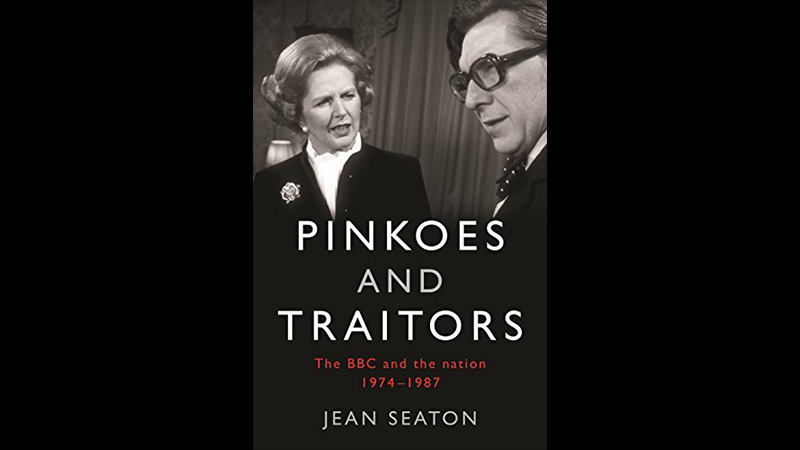 The book, a volume of the history of the BBC in the 1970s and 1980s, examines the controversies and triumphs of the corporation and its role across a period of intense political change.

The project saw the BBC open its archives, giving Professor Seaton access to previously unseen records which were used alongside official government papers and interviews with key figures.

The book seeks to go beyond the typical associations of the corporation with popular programming during the period that many would have and uncover fascinating insights into the impact of a changing political landscape as well as detailing how the corporation responded to this.

The research was joint-funded by the Arts & Humanities Research Council, the Leverhulme Trust and the BBC and is the most recent volume of the history of the BBC.

As well as being Professor of Media History at the University, Jean Seaton is also the Official Historian of the BBC and the chair of the Orwell Prize. She broadcasts regularly on historical, political and cultural matters.

The launch event, held at the University of Westminster, featured BBC Director-General Lord Hall in conversation with Professor Seaton.

Jean Seaton describes her experience of the project:

“It has been a privileged journey in exploring the human and institutional inner life of one of our greatest institutions at a time of great national and international turmoil.”

With 175 years’ of pioneering applied research, stemming from our foundation by the celebrated Victorian engineer Sir George Cayley in 1838, the University of Westminster’s research today is at the forefront of making sense of critical contemporary economic, societal and scientific issues.

The 2014 Research Excellence Framework confirmed our world leading positions in Art and design and Media and communications and internationally excellent research in English, Architecture and the Built Environment and Allied Health. Additionally, Psychology and Neuroscience, Politics, Area studies, and Law are acknowledged for their excellence.