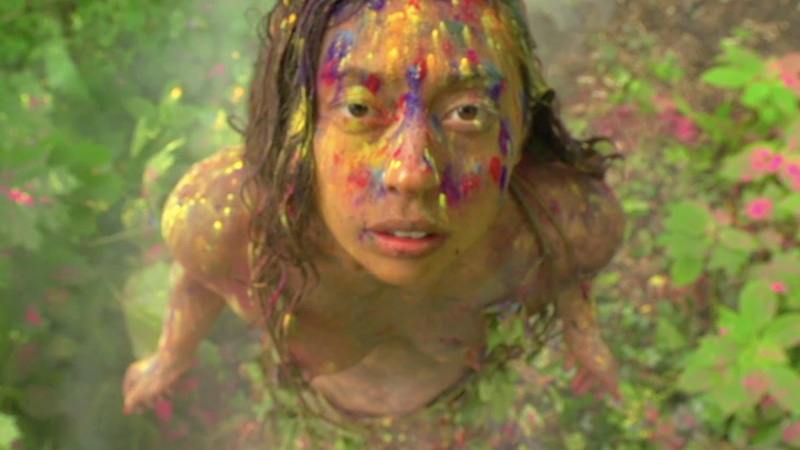 Leilani, who graduated in 2014, made Eelan as a requiem film, dedicated to her younger brother Benjamin Eelan Franco (1989-2012), to commemorate the anniversary of his passing. Leilani produced, co-wrote, co-directed, and starred in the film.

Eelan is an experimental performance arthouse short film about a girl's journey between life and death, nature and civilization.

Speaking of how the film project came together, Leilani said: “I sent a blast on Facebook, asking if any of my artistic friends wanted to make a movie with me for fun. Before I knew it, I had more than 50 friends and friends-of-friends: filmmakers, acrobats, musicians, dancers, sound designers, circus riggers, makeup artists, costumers. It was truly an open collaboration with many talented artists I met on my own personal journey as a professional contortionist.”

Peter Dukes, Course Leader of the Contemporary Media Practice BA Honours course, said: “We are of course very proud and delighted that she has won this. This was one of our most spectacular projects from last year and Eelan is a film that we feature in our current course showreel.”

Leilani expressed her gratitude to the Contemporary Media Practice BA Honours course and to Peter Dukes. “What I loved about my course is that we had so much freedom artistically to create projects. I really enjoyed this, as my inspirations were not hampered, but rather refined with the help of my tutors. I loved the theory courses, as well as getting to play around in the media spectrum.

“I was also mentored by the head of CMP, the great Peter Dukes, who not only consistently encouraged me to dream big, but to make my projects a reality. He consistently gave me references to other artists' works, and pushed me to create. I never actually thought I would take myself seriously as an artist or even make a real film, had it not been for his mentoring,” Leilani said.

The Contemporary Media Practice BA Honours course is one of the first interdisciplinary, multi-media production degree courses in the UK, hosted by one of the country’s top media faculties, Westminster’s Faculty of Media, Arts and Design. The emphasis of the course is on developing new approaches to the convergence of media and production of content for rapidly changing platforms of distribution and consumption.