Students from the DS12 studio of Westminster's MA Architecture course have set up an exhibition of their coursework at Crossness pumping station for the Crossness Engines Trust foundation. 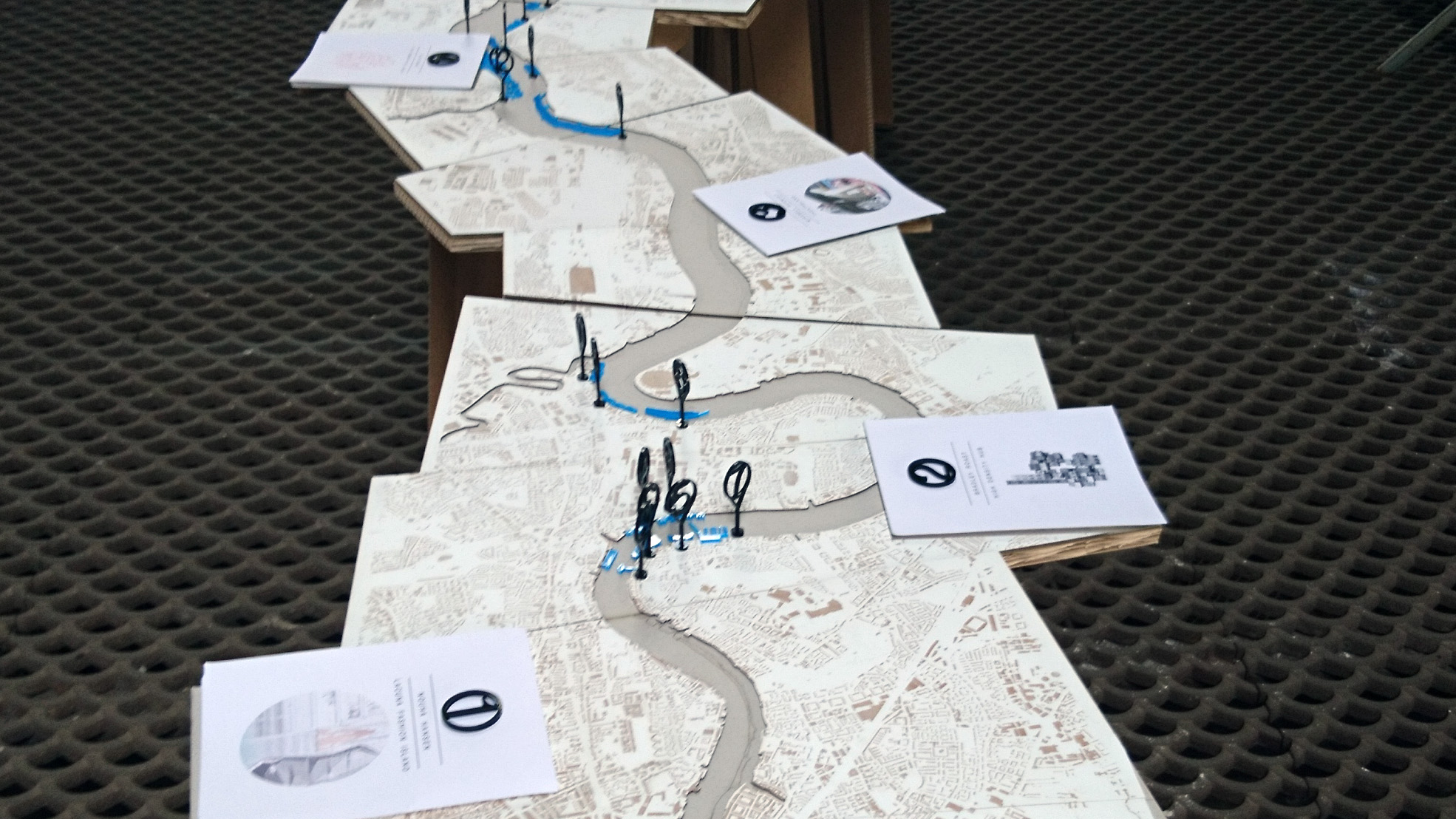 The Crossness Engines Trust is a registered charity, set up in 1987 with the aim of restoring the Crossness Pumping Station, a former sewage pumping station built by Engineer Sir Joseph Bazalgette. The pumping station represents a unique part of Britain’s industrial heritage and an outstanding example of Victorian engineering.

Students designed different projects which re-imagined the role of the Thames in London’s future connecting with the pioneering spirit of Sir Joseph Bazalgette. The exhibition presented a long table/map of the Thames from Tower Bridge to the estuary, made entirely from recycle-able cardboard. The locations of students’ projects for man-made ‘Urban Islands’ in the River Thames were indicated on this map and visitors were invited to pick up and look at fold out summaries of each of the 20 student schemes.

Ben Stringer, Senior Lecturer from the DS12 architecture Studio who organised the students’ involvement, said: “Crossness Pumping station is a superb example of Victorian engineering and architecture and a hugely important project in the history of London's infrastructure. It is being slowly and painstakingly restored by a brilliant team of expert volunteers. Petra Cox, the project's dynamic Learning and Outreach Officer, originally contacted us, because she is making universities and schools more aware of the significance to London of Crossness and its designer Sir Joseph Bazalgette.”

Talking about his new position, Professor Catterall said: “To succeed John Austin as chair is a great honour and I look forward to contributing to the work of preserving and showcasing this important and strangely beautiful part of the history of this great city.”

Professor Catterall added: “The volunteers have done a fantastic job, and with the help of the Heritage Lottery Fund, we have also recently completed a major project improving the site and installing a new museum on the sanitary history of London. This project also enabled Crossness to appoint our excellent education officer, Petra Cox, to work with groups ranging from primary schoolchildren to postgraduate architecture students from Westminster installing an exhibition about the Thames at Crossness this week. I'm very proud that students come from across the world to see Crossness' magnificent engines.”

Find out more about the Master of Architecture course at the University of Westminster.