The British Journal of Sociology Early Career Prize, given to authors who are in the first five years of their career after obtaining their PhD, was awarded to Dr Umit Cetin for his research paper which looks at suicide amongst Alevi-Kurd youth. 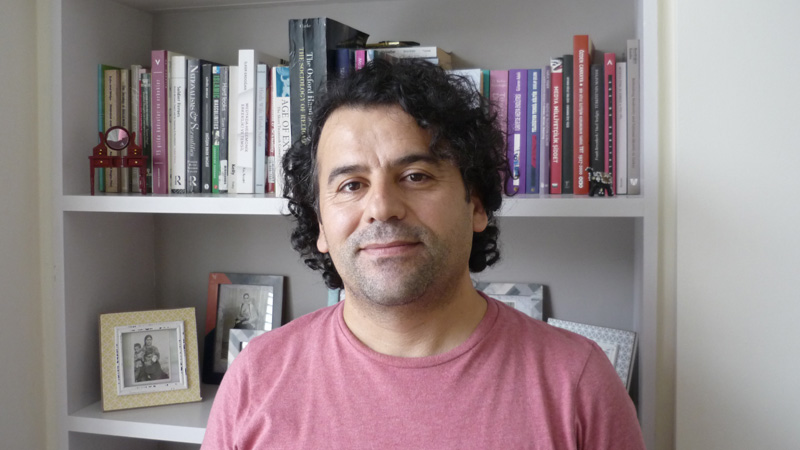 The article, named "Cosmopolitanism and the relevance of ‘zombie concepts’: the case of anomic suicide amongst Alevi Kurd youth”, was originally published in the British Journal of Sociology (BJS) in June 2017. The paper was derived from Umit’s doctoral research, which focused on suicide amongst second generation Alevi-Kurdish young men in London.

Dr Umit Cetin, Senior Lecturer in Sociology at the University of Westminster, accepted the Prize at the BJS Annual Lecture, held at the London School of Economics on 26 October. Professor Nigel Dodd, Editor-in-Chief of the British Journal of Sociology, described the article as “the best piece published in the journal by an early-career author during the past two years”.

He further added: "Umit’s paper delves deeply into classical sociology in order to get to grips with his own, rich ethnographic data on the Kurdish migrant community in London. It’s an excellent and original paper, which has something compelling to say about the diversity of trajectories that transnational migrants follow in a cosmopolitan city such as London, and about the formation of a new rainbow underclass.”

Speaking about his award, Dr Umit Cetin said: “I was honoured to learn that my article won the BJS early career prize. It is wonderful to discover that my research has been recognised by such a distinguished Sociology journal.”

Dr Umit Cetin and Dr Celia Jenkins, Principal Lecturer in Sociology and Women’s Studies at the University of Westminster, have been studying the topic of identity issues within the Alevi community for more than ten years and are invited to present their current research at the London School of Economics.

Learn more about the Faculty of Social Sciences and Humanities at the University of Westminster.