Westminster Journalism graduate is the face of London Live

Maleena Pone, who graduated from the Westminster Journalism BA Honours course in 2006, is the face of 'London Live', London’s first 24-hour entertainment channel that launched on 31 March. 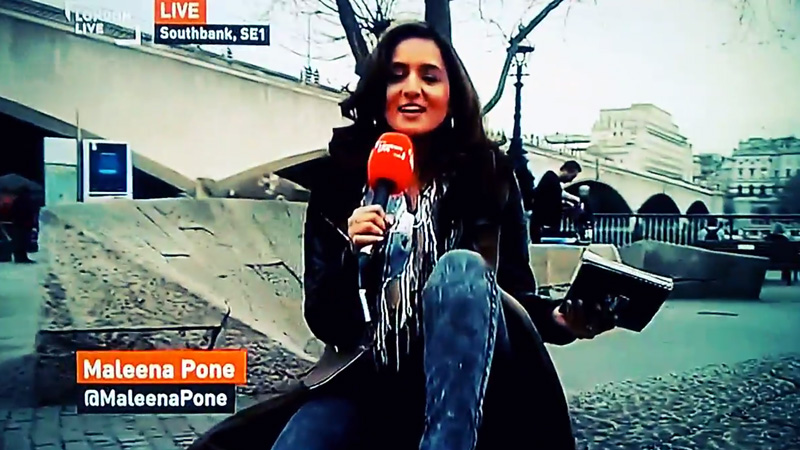 The new channel, entirely dedicated to the capital, transmits local news, current affairs, sports, arts, events and entertainment. It made its debut live from the South Bank, and Maleena was the first person to greet viewers at 6:30pm.

Before presenting the entertainment-news show 'London Go', Maleena’s experience was in community radio. “I would never have expected to be the face launching London’s first 24-hour entertainment channel, it's my first live broadcast so I feel very lucky to be marking this moment with London Live”, said Maleena shortly before going live for the first time.

Among the London showbiz personalities who followed the launch of the new channel were Stephen Fry, who tweeted “Watching the launch of #londonlive - Virgin159, Sky 117 and Freeview 8” and Boris Johnson who said, “Good luck @LondonLive new TV station launched 1 hour ago - news, culture, communities, the arts, entertainment - for London and about London”.