Westminster hosted a panel to discuss ongoing allegations of racial and sexual harassment against Fox News in the US, and the implications for Rupert Murdoch’s 21st Century Fox attempted takeover of the whole of Sky. 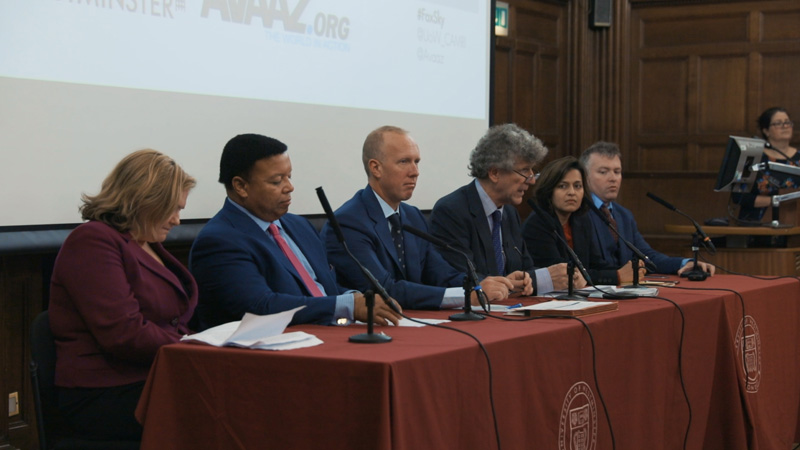 That bid is currently being investigated by the Competition and Markets Authority following opposition from politicians, academics and civil society groups.

The panel included Kelly Wright, the only black male anchor at Fox News who is suing Fox for fostering a culture of “severe racial harassment”; Joe Lindsley, former protégé of Fox News CEO Roger Ailes; Douglas Wigdor, a lawyer representing victims of alleged harassment at Fox; Alaphia Zoyab, former TV anchor; and Jessica Golloher, former Fox radio host who is suing the network for gender discrimination. The panel was chaired by Professor of Communications Steven Barnett, from the Westminster School of Media, Arts and Design at the University of Westminster.

The event was in partnership with Avaaz, a civil society campaigning group which has lobbied vigorously against concentration of media ownership, and whose campaign was represented on the platform by Alaphia Zoyab. The panel discussed their own experiences of Fox News and the Fox culture, and the implications for both plurality and broadcasting standards in the UK if the takeover should go ahead.

Professor Steven Barnett said: “In light of the current enquiry by the Competition and Markets Authority this was a timely and very revealing discussion, which revealed some alarming insights into newsroom and employment practices at Fox News and 21st Century Fox. These are very serious allegations by current and former employees of Fox, and I hope that the CMA pays close attention to their testimony.”

The event was organised by CAMRI, the Communication and Media Research Institute at the University of Westminster.

Find out more about CAMRI.