Alumnus Dr Nigel Molden, who attended the Regent Street Polytechnic, between 1966 and 1970, has published a new book recording the role the institution played in the extraordinary music scene of the 60s and 70s. 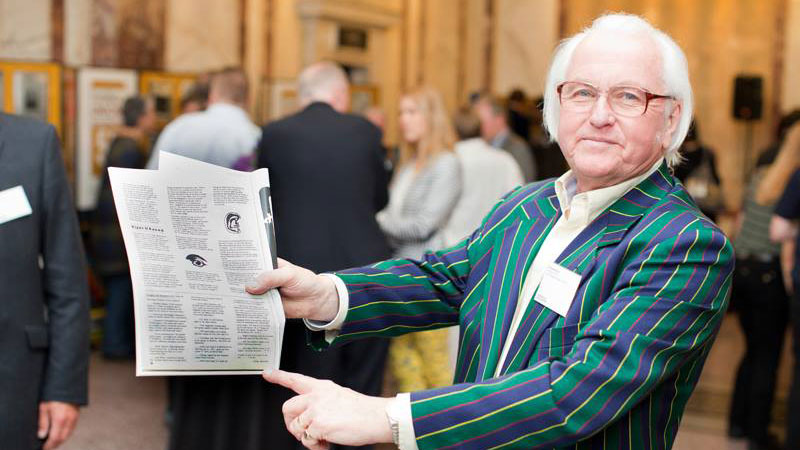 The book, entitled ‘The Centre of a Revolution’, showcases Nigel’s personal collection of over two hundred posters, tickets, agreements, unpublished photographs and memorabilia from the era, and includes a CD featuring a performance by Fleetwood Mac on 27 April 1968 – the first recording to be made at the Regent Street Polytechnic.

During his time at the institution, Nigel was Social Vice-President and Chairman of the ENTS Committee in the Students’ Union, the committee responsible for making the decisions to book many of the famous acts that performed at the time.

With its central London location on Regent Street, ‘the Poly’, as it was known, became a hub of activity for the music and fashion revolution of the time, with many artists who went on to worldwide success playing at Little Titchfield Street. Those featured include Pink Floyd (formed at the Regent Street Polytechnic in 1965) Fleetwood Mac, The Who, David Bowie, and Cream.

Talking about his book and his time at the Regent Street Polytechnic, Dr Nigel Molden said: “I wanted to produce the book for two reasons. Firstly, that period was an important part of social history, particularly to the history of the Poly, now the University of Westminster. I thought it should be written down and recorded.

“And secondly, I did it for myself. Collecting is something I have always done and I have thousands of tickets and posters from that era. Those three years at the Poly were an extraordinary period and I collected everything. It has followed me around in a large box over the last 40 years and I thought it was important for it to be digitised and preserved.

“It was a very vibrant time and I hope I played a small part in the history of that time be enabling it to happen.”

Dr Nigel Molden, currently Vice-Chairman of the Governors at Claremont High School Academy in Harrow and of Oxford Spires Academy, holds an Honours degree in Sociology from the Regent Street Polytechnic, a Masters degree in Management Studies and a PhD for research work in the long cycle of business activity.

He has been General Manager of Warner Music UK and has founded his own company, Synergie Logistics/Magnum Music. He was also a Magistrate for 22 years, a Town and District Councillor and has held the position of Chairman of HM Courts Board for the Thames Valley.

The book is available on from Amazon for £49.99, with all proceeds being donated to The Magnum Trust. The first 50 copies will be numbered and signed by the author.