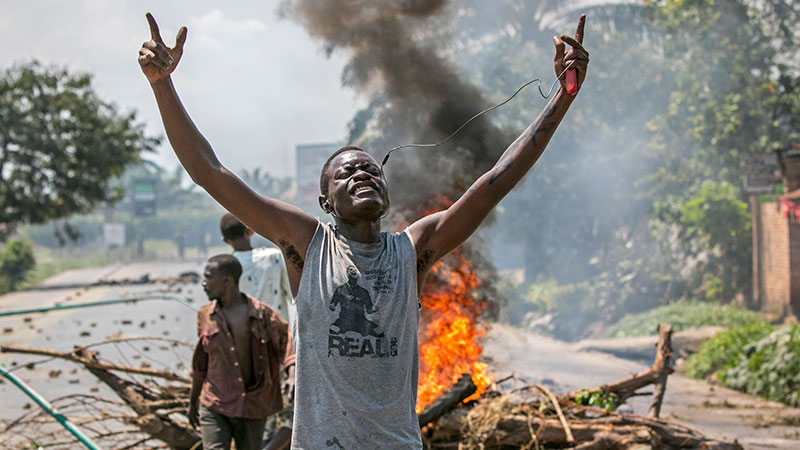 Rick, whose work has been featured in The Guardian, The Sunday Times and The Independent, won the award for his images covering the Burundi protests.

Previously, his images of the Syrian crisis have been recognised by The Picture Editors’ Guild Awards, the Professional Photographer of the Year Awards and The Press Photographer’s Year 2013.

During his career as a freelance photographer, Rick has also shot in other war-torn areas, such as Iraq, Kurdistan and Libya.

Speaking about his win at the show, Rick said: “I am extremely happy that I was voted ‘Best in Show’ – it’s always a nice thought that the general public like my work and not just a collective of judges. But what is more important is that it has offered more exposure to the story at hand – and the struggle that the people of Burundi are still embroiled in at this very moment.

“The University of Westminster was a great starting point in teaching me how to tell a story with pictures – something that is crucial when putting a collection of images together with a strong narrative.”

Course leader for the Documentary Photography and Photojournalism MA Ben Edwards added: “Rick always had a vision of where he wanted to be, and always had definite direction.

“The Documentary Photography and Photojournalism MA enables students to develop their own direction, whether that be documentary photography or photojournalism. Rick is a prime example of this.”

Photomonth is a two-month-long international photography festival held in East London. The festival has been held annually since 2001.

Find out more about the Documentary Photography and Photojournalism MA course at the University of Westminster.