Two categories, Student Documentary and Student Undergraduate Film, were won by Westminster Film students at the 2018 Learning on Screen Awards. 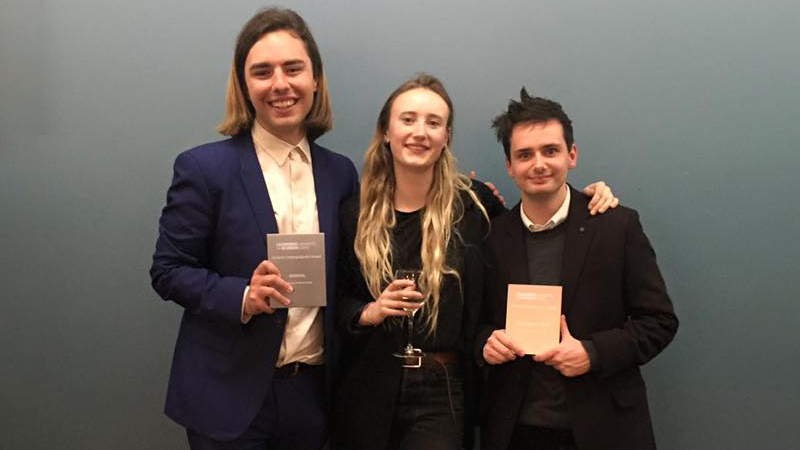 The Student Undergraduate Film Award went to Animal, directed by Alexander Cole and produced by Polly Rosier. When pushed to breaking point, the film’s protagonist, Rose, makes a split second decision to do something she knows will unleash the violence and animalistic nature ingrained in every human. The film impressed the jury with its excellent cinematography and the sound design that captured the atmosphere of the eerie forest.

Animal has also been shortlisted to be shown at the FiaFest 2018 Festival, along with productions from all over the world, including Venezuela, India, Korea and Columbia.

The Student Documentary Award was won by Self-Made Man, a documentary directed and produced by Yasmin Afifi and Harry Taylor. In this film Harry, a transgender filmmaker, has been watching Finn vlog about his gender transition, mental health and recovery from alcoholism for four years.

He contacts Finn to suggest making a documentary about Finn’s process, using re-enactments, but the film ends up being more about Harry confronting issues around his own transition. The judges commended the film’s authenticity and praised excellent handling of a very important subject matter.

The Learning on Screen Awards celebrate and promote the use of moving image and sound in UK higher and further education and research. Since their launch in 2010, films by Westminster students have been nominated 11 times and have received six awards in different categories.

Last year, a film directed by Yasmin Afifi and produced by Polly Rosier, received a special commendation in the Student Undergraduate Production category.