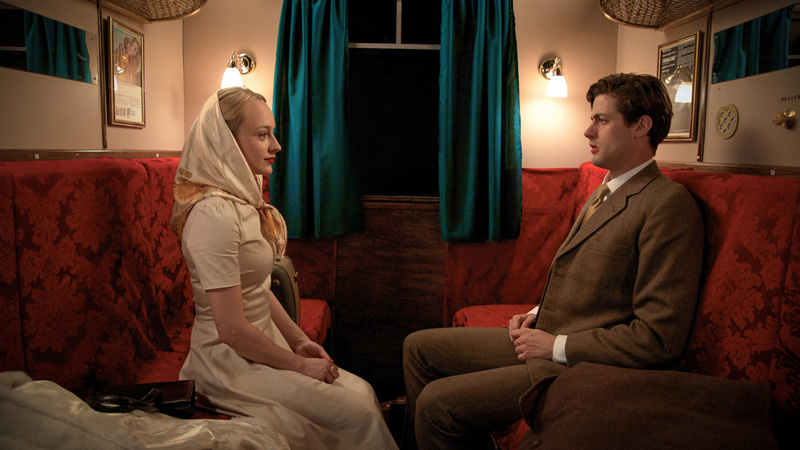 Film and Television Production BA Honours 2014 graduates have been nominated for the 20th annual Royal Television Society (RTS) National Student Television Awards in the Undergraduate Comedy & Entertainment category for their short film Bun Oven. The awards celebrate the best in student television across the UK.

Bun Oven, produced by Genia Krassnig, directed by Christian Cerami and written by Matt Tume, previously won the Comedy and Entertainment category at the RTS Regional Awards in London. The film tells the story of workaholic Janet and her response to being fired while heavily pregnant.

The RTS National Student Television Awards will take place at the BFI Southbank on Friday 5 June, hosted by comedian Romesh Ranganathan. This year for the first time the highlights of the award ceremony as well as the work of this year’s nominees will be aired on Sky One or Sky Two. 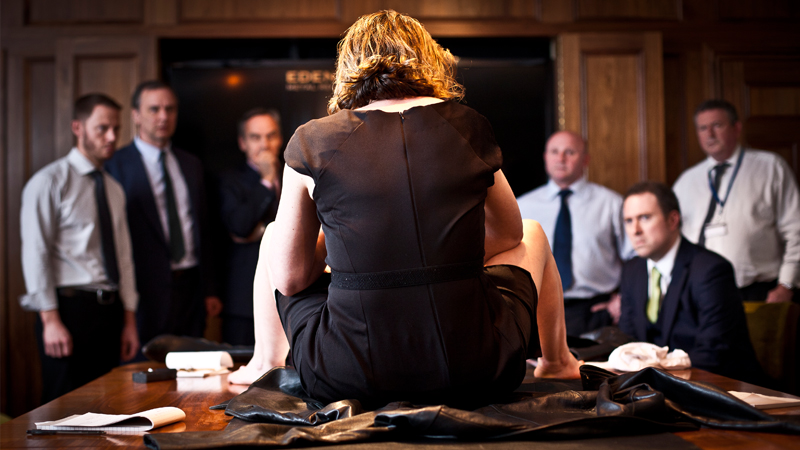 The short documentary Black Sheep, directed by Christian Cerami and produced by Alex Sedgley, was the recipient of the British Universities Film and Video Council’s Student Production Documentary Award in April, at the BFI South Bank. 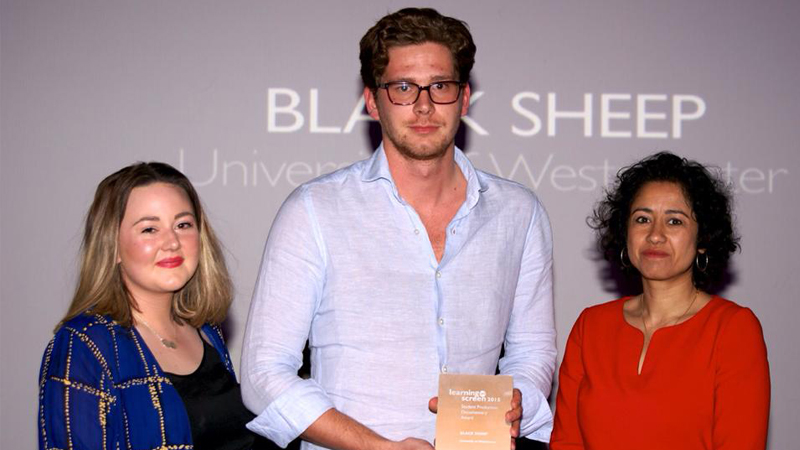 Director Christian Cerami said: “The international festival success of Black Sheep has really given me confidence in my work and has allowed me to meet and experience new people and places.”

Another 2014 production, Splitting Hairs, has been selected as the winner of the student film competition at the European Psychoanalytic Film Festival. The Festival Director, Andrea Sabbadini, has invited director Nathalie Abbott and writer/producer Diana Tatarca to attend the screening on 29 October 2015 to introduce the film. Splitting Hairs is a psychological thriller, charting a nightmarish 1950s train journey, as a twisted femme fatale tries to ‘cure’ a man of his fetishistic urges.

Last November, the short documentary The Wolf, the Ship and the Little Green Bag, directed by Kathryn MacCorgarry Gray, won the audience award at the Aesthetica Film Festival. It’s a poignant evocation of memories of childhood and adolescence which uses documentary and animation to tell the stories of three remarkable old ladies. It also won the audience award at ‘Eat Our Shorts’ at the BFI Southbank, and was nominated for the RTS and Learning on Screen awards.

Peter Hort, Course Director of the Film BA Honours course, commented: “Our students’ work really seems to have something to say to audiences both here in the UK, and around the world. This year’s success is extraordinary and very much deserved.”

Find out more about the University’s Photography and Film Department at the Faculty of Media, Arts and Design page.