Peter Paduh, a graduate from the Computer Science BSc Honours course and founder of innovative social enterprise Socialbox.Biz, has officially been named Social Entrepreneur of the Year at the Social Impact Awards for 2017, hosted by New York’s SocialMe University. 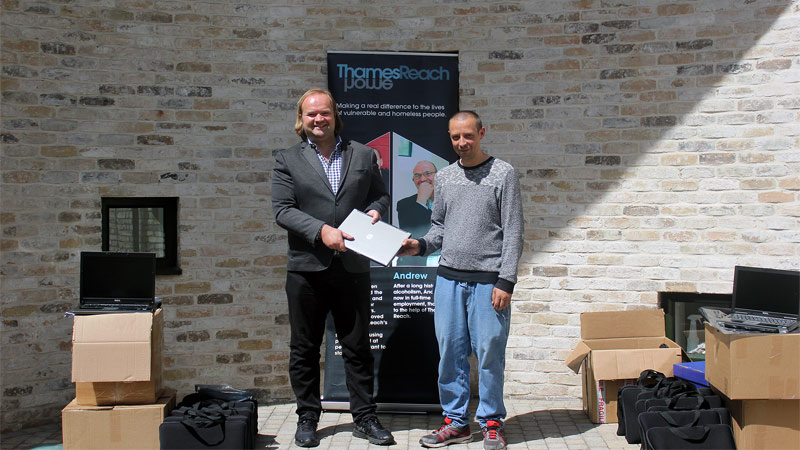 On 16 June, alumnus Peter Paduh’s enterprise contributed to the donation of refurbished laptops to homeless people in Southwark and Lambeth as part of an event organised by the Homelessness Charity Thames Reach Employment Academy in Camberwell.

As an international award recognising those making positive impacts on their local communities, SocialBox.Biz was selected by the Social Impact Awards for their steadfast support and continued charitable commitment to making digital access easier for those that need it the most.

Peter Paduh, who was previously nominated as ‘the Tech CEO of the Year’ at the forthcoming 2017 UK Tech Awards, has a very promising career already counting many titles including the Young Business Person of the Year award at the London Business Awards as well as the London Day Award received from the Mayor of London in recognition of his ‘outstanding contribution to life in London’.

Alumnus Peter Paduh said: ''We can’t think of a better way to use technology than to give to those who need it most. We hope that this will inspire larger firms to turn their written social policies into real world examples that are measurable and proportionate. Both investors and consumers are exploring the vitality of Corporate Social Responsibility today, and we want to be part of that change.”

He added: “We are delighted to receive these commendations and we thank the University of Westminster graduates who are helping by encouraging firms to participate in our digital inclusion initiatives.”

Find out more about Socialbox.Biz.

Find out more about the Computer Science BSc Honours course at the University of Westminster.