Three Architecture BA Honours students from the Faculty of Architecture and the Built Environment were winners in an urban design competition held by The London School of Economics (LSE). 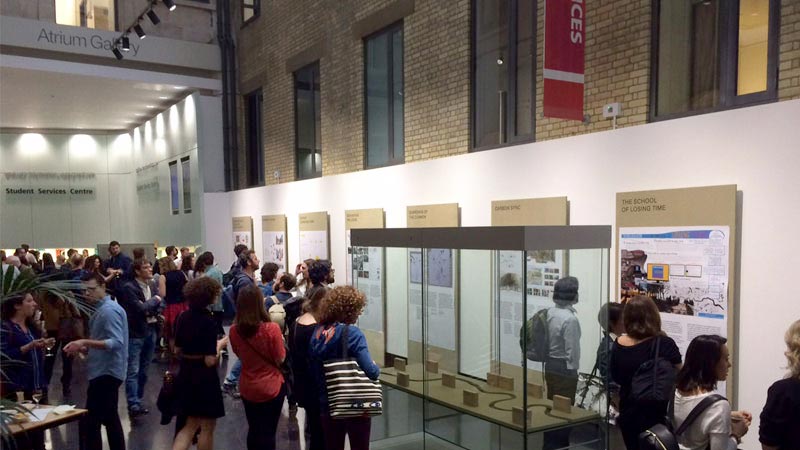 The aim of the Designing the Urban Commons competition was to re-imagine previously used urban spaces in neighbourhoods across London as new common spaces that can be owned and managed by the local community: “commoning”.

Westminster Architecture students Ben Brakspear, Luc Sanciaume and Laylac Shahed won £300 for their winning design, Saturday Commoning Fever. This is an online platform that enables residents of London to learn the rules of the street through play and imagination, and to engage with the city through forms of commoning.

Laylac Shahed said: “By simplifying ‘street rules’ in a website rather than hiding in regulation files, we aim to question those rules and challenge them. The website creates a network for citizens to discover in a playful manner the rules that apply to the streets of London and to get advantage of the commoning rules by using them, or through means of subversion.”

All winning proposals are currently being exhibited at LSE as part of London Festival of Architecture. Competition winners will also be given the opportunity to present their proposals to the public at a workshop in the V&A on Friday 26 June.

The prize money will be used by the group to support the next stage of the project and turn their idea into a reality. 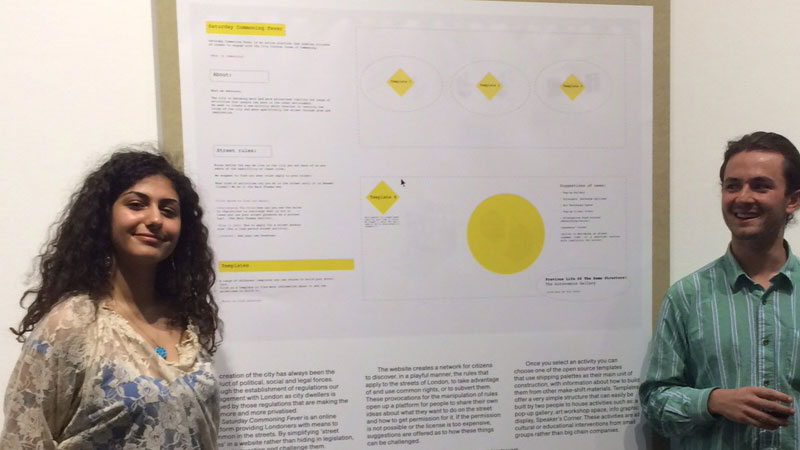