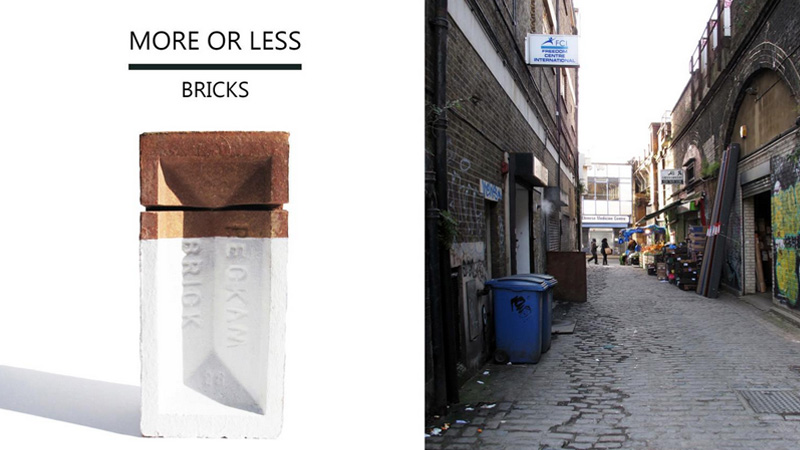 The first RIBA Silver Medal was awarded in 1836, the same year it was established, for best architectural essay. The President's Medals have now become one of the RIBA’s oldest awards and are regarded as the most prestigious international awards in architectural education.

Molly’s project More or Less, Bricks brings together a Market Hall and Church, situated between two railway lines in Peckham Rye. The project investigates how to design environments using aleatory (random) methods, inspired by the musical theories of John Cage.

The building is developed as a series of moments rather than the conventional plan or section, focusing on prototypes, details and 1:1 explorations decided by the toss of three coins.

Molly said: “I would like to thank the tutors at the University of Westminster, for all their support and encouragement during my masters.

“DS15 [Westminster’s Design Studio 15] made me think about architecture in ways I couldn't have imagined. It has been one of the most challenging yet liberating experiences. The strong emphasis on 'making' and craftsmanship, which is aided by the University's fantastic workshops, helped bring my design project to life. To be awarded a commendation in the RIBA silver medal category is very exciting and I am so pleased that the judges enjoyed my work. The award has also given me the confidence to now run my own projects as I launch myself into the freelance world.”

Molly’s tutor and Professor of Architecture, Sean Griffiths, said: “We are absolutely delighted that Molly's project was awarded a commendation in the RIBA President’s Medals. It is a well-deserved award for an outstanding project by an outstanding student.

“This award means that Molly was in the top four out of over 350 entries from all over the world. Not only is that a magnificent achievement for her personally, it also helps to maintain the University's Department of Architecture's reputation as one of the world's leading architecture schools."

Find out more about the Faculty of Architecture and the Built Environment at University of Westminster.