The ‘Here East’ project, designed by the architectural practice Hawkins\Brown and led by Architecture alumna Nicola Rutt, has won the AJ100 Building of the Year award. 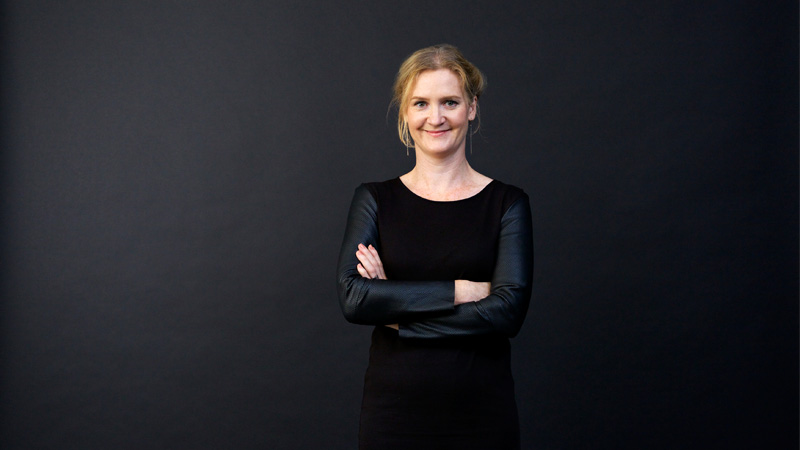 The sought-after annual award, delivered by the Architects Journal, is given in recognition of the finest building completed by an AJ100-listed practice in the last 12 months.

Nicola Rutt, who studied a Master in Architecture RIBA II and a Postgraduate Diploma Professional Practice RIBA part III at the University of Westminster, is Partner and Head of Workplace Sector at Hawkins\Brown. Leader of the ‘Here East’ team project, she is now overseeing a number of workplace projects of varying scales in London and working on the early-stage concept design for the re-purposing of a large industrial building to contemporary workplace.

After joining the practice in 2000 and becoming a partner in 2010, she completed education and workplace projects including a new business school for Kingston University, and was shortlisted for the AJ Emerging Woman Architect of the Year award in 2014.

Located on the Queen Elizabeth Olympic Park in Stratford, the ‘Here East’ innovation Campus, previously the Olympic Media Hub designed by Allies and Morrison, has been repurposed by Hawkins\Brown Architects and the wider team as a place where enterprise and education come together in the pursuit of innovation. The buildings are characterised by their flexibility and range of spaces and uses, offering an example of positive adaption and urban future proofing.

The ‘Here East’ project was recognised for being ‘transformational, fresh and visionary’. Judges particularly called it a ‘highly intelligent reuse and reinvention of an existing building’ and named it ‘the future of architecture’.

Talking about the awarded project, Nicola Rutt said: “This huge project required a gargantuan effort from the team. It was a wonderfully creative, collaborative and innovative project to work on and a privilege to have contributed to the Olympic Legacy. We were all honoured to have received recognition for this from AJ100.”

Other shortlisted buildings included projects in London, Birmingham, Paisley, Wick, Belgium and Saudi Arabia by Architecture firms such as Foster + Partners, Zaha Hadid Architects and Simpson Haugh and Partners, among others.

The judging panel included renowned figures in Architecture firms, editors, critics and academics, including Professor Katharine Heron, Professor of Architecture at the University of Westminster.

The ‘Here East’ project also recently won the British Council for Offices' (BCO) London Refurbished/Recycled Workplace Award in May 2018. The BCO judges described it as a ‘non-traditional starting point and a model for future projects’. They also highlighted the importance of a space that combines business, education and research.

Learn more about the Master of Architecture RIBA II.

Read more about this year’s AJ Building of the Year award.