University of Westminster alumnus Rohit Pradhan has been presented with a Filmfare Award for Sound Design at a star-studded ceremony in Thane, India. 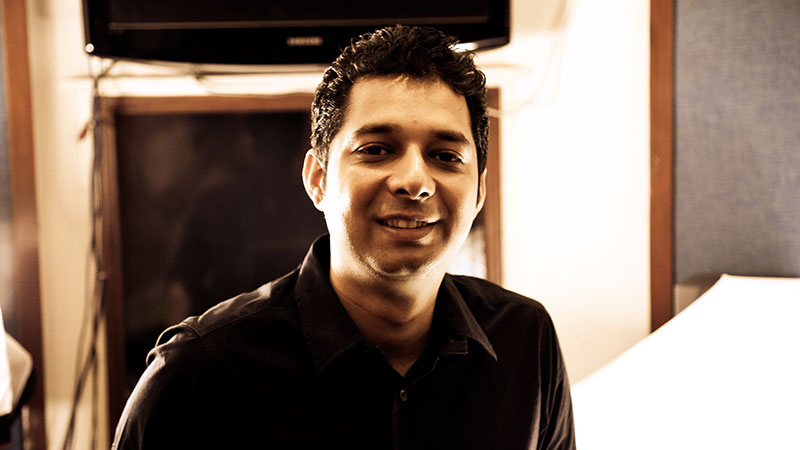 Filmfare Awards are the most prestigious screen awards in India – often referred to as the ‘Hindi Oscars’ – and are presented annually to honour both artistic and technical excellence in Indian cinema. In contrast to many awards, Filmfare Awards are voted by both the public and film experts.

Rohit was awarded the famed ‘Lady in Black’ trophy for his acclaimed sound design on the 2014 film Rege. Rege, directed by Abhijeet Panse, tells the story of a college teenager who becomes embroiled in a criminal underworld after a chance encounter. The film was both a critical and commercial success in India.

This was the first Filmfare ceremony to celebrate regional Marathi Cinema. The distinguished awards were brought to the region in recognition of the growing success and popularity of its films. Jitesh Pillaai, the editor of Filmfare magazine, explained: "In the last few years, Marathi cinema has come of age and it was time we acknowledged that."

Rohit achieved an MA in Audio Production in 2006 from Westminster School of Media, Arts and Design. During his time at Westminster, he was able to gain valuable experience in the industry through rigging at live gigs and volunteering on documentaries produced by the Department of Film and Television. He also found London an inspirational city in which to be based.

Rohit, who is now based in Mumbai, said: “The best thing about studying in London was being exposed to the variety of art and culture on offer as well as the diversity of the city, which has spawned a unique artistic subculture.”

He added: “Very few universities teach you how to cope with the pressures of working in the media industry, but Westminster taught me how to manage a range of people and priorities at any one time. I learnt how to manage actors, producers, suppliers, finances and all the legalities that come with running your own business. I would not be where I am today were it not for my experience at Westminster.”

After graduating from Westminster, Rohit went on to set up his own audio post-production studio, Mixbox Studios, which functioned in an old mansion just outside of Mumbai. He got his first big break in 2011 with the film Balak Palak, directed by Ravi Jadhav, which became internationally acclaimed.

In 2014 he was awarded the renowned IMFFA award for Achievement in Sound Design for his work in the film Yellow. The short film Mitraa, for which he was a sound designer, also won the National Award for the Best Short Film.