Scholastic and Bloomsbury have released four new illustrations of Harry Potter characters drawn by University of Westminster BA (Hons) Illustration alumnus Jim Kay that will appear in the eagerly anticipated, fully illustrated edition of JK Rowling's Harry Potter and the Sorcerer's Stone. The new edition is to be published globally on 6 October 2015 and is set to be the landmark publishing event of 2015. 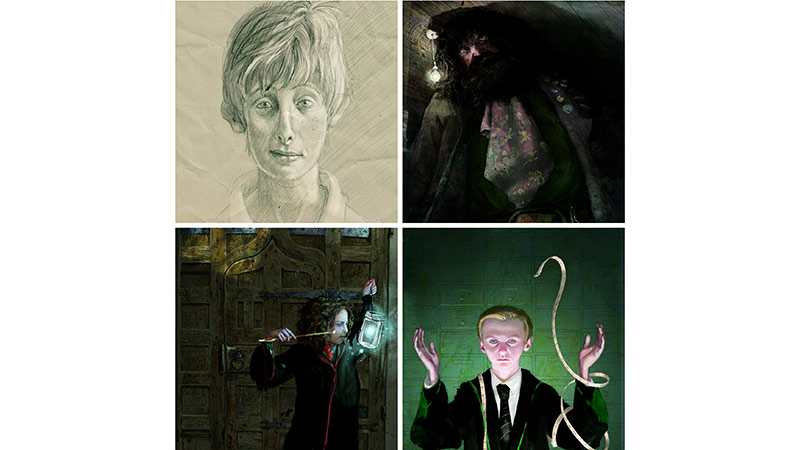 The newly-released images re-imagine Ron Weasley, Hermione Granger, Draco Malfoy, and Hagrid, who all feature in the book. First published in September 1998 in a run of just 50,000 copies, the first book in the Harry Potter series soon became a best-seller.

Over 450 million copies of the Harry Potter books have sold worldwide to date and all seven parts are set to be re-published complete with colour drawings by the former Westminster student. Jim was selected to be the illustrator in 2013, with JK Rowling herself being involved in the selection process.

The deluxe hardcover edition will be full colour throughout and will include an elegant ribbon marker and illustrated endpapers. This will be the first time that a fully illustrated Harry Potter book has been published.

Jim expressed his excitement about the assignment. "To be given the opportunity to design the characters, the clothing, the architecture and landscapes to possibly the most expansive fantasy world in children's literature, well let's just say I'm extremely excited about it." He continued, "The story is everything, and so I want to bring what I can to really show the depth of Rowling's stories, to their best."

The award-winning illustrator’s breakthrough was the Kate Greenaway Medal that he won in 2012 for his illustrations for A Monster Calls by Patrick Ness. After studying illustration at the University of Westminster, Jim worked in the Archives of Tate Britain and the Royal Botanic Gardens at Kew. He has produced concept work for television and contributed to a group exhibition at the Victoria and Albert Museum in London. He now lives and works in Northamptonshire with his partner and a rescued greyhound.

The BA (Hons) Illustration and Visual Communication course at the University of Westminster is designed to nurture and develop students as informed, skilled and reflective individuals. In this context, projects are designed to challenge creatively and conceptually, supporting both independent enquiry and the demands of client-led initiatives.