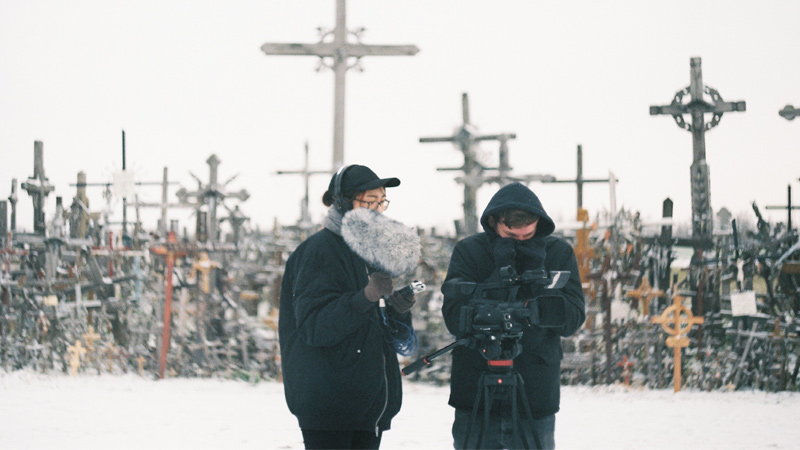 Exist. Live. Rejoice., which presented an observation of life in a Lithuanian hospice, focusing on the theme of death, won the Factual category at the RTS London Student Awards. The film was created as a major final year course project and was produced by Deividas Auksciunas, Yiming Yuan, Tom Whitehouse, Sam Charlesworth and Lily Pietersen.

Commenting on their work, judges at the RTS Awards said: “Death is a difficult subject, but there was no shying away from the realities the film-makers wanted to communicate.”

Speaking about the challenges that the subject predisposed, Deividas Auksciunas, Director of the film, said: “Exploring the theme of death was emotionally devastating during my research trip when I visited the hospice alone and volunteered there for a couple of days.

“When I travelled back with Yiming (producer and sound recordist) and Tom (Director of Photography) to actually film the project, I was focused on the work, and the stress I was experiencing distanced me from the reality that I was in, at least to some extent.”

Speaking about the recognition of the film, David added: “I'm happy that other people have begun to appreciate the project. Being a student, I think this project would not have been possible without the assistance and support of our tutor Peter Hort.”

Julie Ardrey, the chair of the London Student Awards, said: “The standard of entries for 2018 has been very high, with several jurors stating, ‘You could broadcast that tomorrow’, about many of the films we watched. This is a huge compliment and a sign of how professional many of the entries were.”

Learn more about studying on the Film BA Honours programme.