Music graduates Amir Amor of Rudimental and Sigala sandwich the UK Official Charts top ten at 1 and 9, a first for the University. 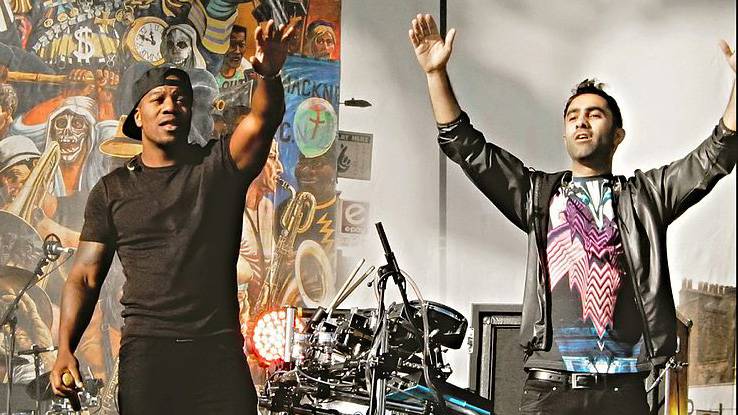 Rudimental’s latest single These Days takes the top spot on this week’s Official Singles Chart and Sigala’s Lullaby comes in at number nine.

After seven consecutive weeks at number two, These Days ft. Jess Glynne, Macklemore and Dan Caplen became the band’s third number one. Rudimental told OfficialCharts.com: "It feels amazing! The fact the fans are still sticking by us and keeping our song in the charts for as long as they have is amazing. A massive thank you to all the fans who are supporting us out there.”

Amir Izadkhah, now known as Amir Amor, 2007 Commercial Music BA Honours graduate, grew up in Camden and won a PRS song writing award in 2001. He spent his winnings on a guitar and met Plan B via a mentoring scheme who taught him how to play his first chords aged 16.

Lullaby, ft. Paloma Faith, is Sigala’s sixth entry into the official top ten. Sigala, aka Bruce Fielder is a London-based producer who graduated from the Commercial Music BA Honours with First Class Honours in 2013.

The University of Westminster was the first UK University to offer the opportunity to learn, practise and experiment with the artistic and business strategies in today’s music industry.

Adding to the Westminster presence in this week’s top ten, George Ezra’s number two single, Paradise was mixed by Dan Grech who is represented by another Westminster alumnus, Amy Samson.

Speaking about the course and how it primes students for commercial careers across the spectrum, Senior Lecturer Stu Lambert said: “Congratulations to Amir, Bruce and Amy from our whole course team and on behalf of all our graduates throughout the global music industry.

“We have always kept in touch and been delighted by every stage of their progress and their continued success is an endorsement for our music programme at Westminster. We expect similar great achievements from many of our current students in such an exciting time for British music.”

Find out more about studying Music at Westminster.