Award-winning composer Dr Shirley J Thompson of the University of Westminster will open the prestigious Tête à Tête: The Opera Festival with her opera Sacred Mountain. 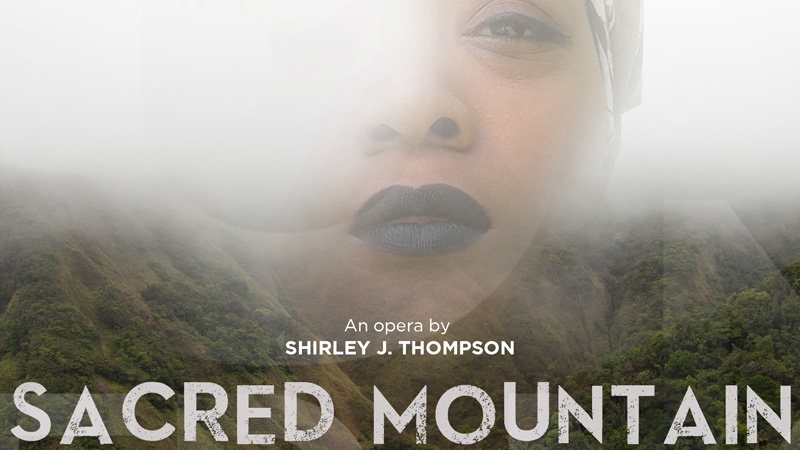 Dr Thompson’s Sacred Mountain will be one of the few operas to portray a female character as heroic rather than tragic, subverting the traditional role of the female protagonist.

Sacred Mountain is a mesmerising psychological narrative based on the life of Jamaica’s Boudicca, Queen Nanny of the Maroons. Queen Nanny was an unarmed military and spiritual leader who led the Maroons into armed combat by devising an ingenious guerrilla strategy, winning many battles.

Dr Thompson is “tremendously excited” to open the festival with her opera premiere, and delighted to be working with soprano Abigail Kelly as Queen Nanny, as well as all the hugely talented artistes involved in the production.

In 2002, Dr Shirley J Thompson became the recipient of a commission to compose a large work for the Golden Jubilee of Queen Elizabeth II. Her compositional output consists of large works including symphonies, ballets, operas, concertos, and ensembles, as well as music for TV, film, and theatre. Dr Thompson’s other successes include her multi-award-winning co-scored ballet, PUSH, which has been performed in more than 38 countries – at major opera venues such as Sydney Opera House and The Mariinsky Theatre – over the last ten years.

Dr Thompson serves as Reader in Composition and Performance in the Department of Music at the University of Westminster’s Faculty of Media, Arts and Design.

With over 100 performances of over 40 new works spanning three weeks, the successful Tête à Tête: The Opera Festival returns to King’s Cross this summer from 21 July – 9 August 2015. Dr Thompson’s opera will be performed on 21 and 22 July and tickets are available to book online.