At the Heritage of London Trust annual conference on 17 June 2016, Dr Peter Paul Catterall, Reader in History at the University of Westminster, spoke to planning and conservation officers, architects and building consultants about the changing attitudes to the past, including the Great Fire of London. 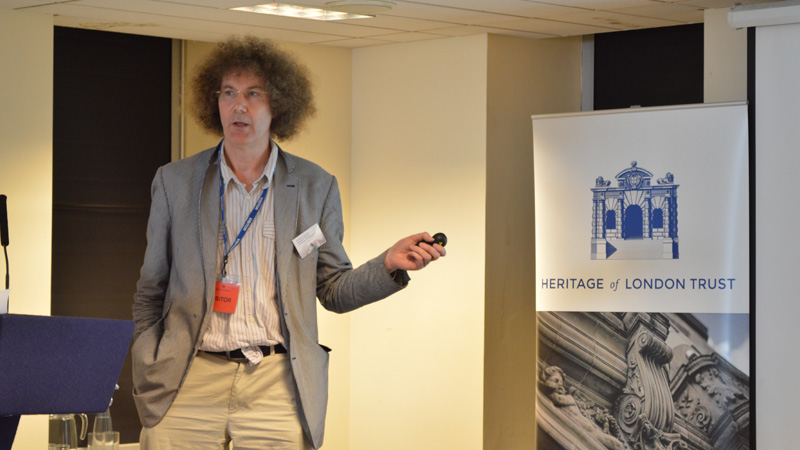 Held at Westminster City Hall, the theme of the conference was ‘Building a City: 350 Years after the Great Fire’, and in his talk Dr Catterall reflected on the changing attitudes to conservation and heritage in London and elsewhere since the 17th century.

His talk included findings from a survey he conducted exclusively for the conference to investigate awareness of the past, not least the past commemorated in London by the Monument to the Great Fire just off the north end of London Bridge. Surveying morning commuters, he found 77 per cent knew what the Monument was, 64 per cent were aware of what it commemorated but only 38 per cent had any idea of when the Great Fire happened or that the 350th anniversary will be marked in September this year.

Dr Catterall said: “Heritage has to be seen and interacted with to remain alive to succeeding generations. The challenge for conservationists is not just to preserve these sites, but to make them meaningful to those who pass them every day as valued parts of their city.”

The Great Fire of London happened from Sunday 2 September to Wednesday 5 September 1666.