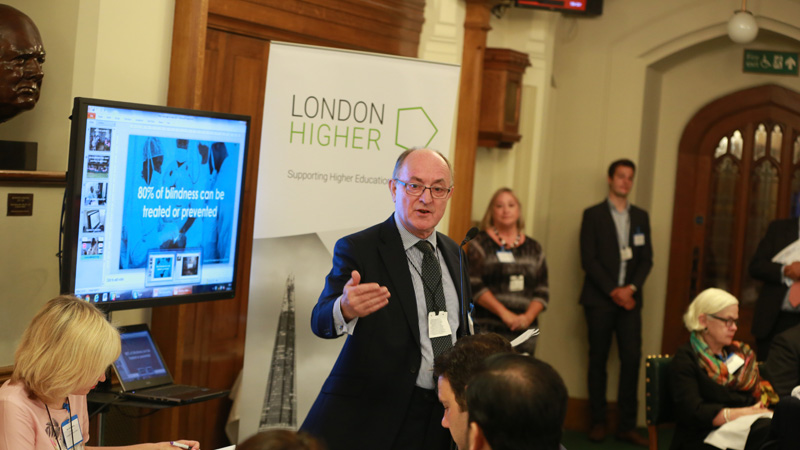 Vice Chancellors, London MPs, council leaders and peers who attended the event heard from sector representatives who said that encouraging international students and staff and ensuring continued international research collaboration were key to the future prosperity of London post-Brexit.

Professor Geoffrey Petts, who is also the current Chair of London Higher, said: “Britain has a strong foothold in the higher education sector globally, and our exit from the European Union must not impinge this or the innovation, economic growth and soft power that flows from it”.

London universities receive nearly £200 million from EU sources for research and innovation projects. And 60 per cent of international students also say they are likely to do business in the UK if they have studied here, emphasising that an international outlook is vital.

During the breakfast, there were demonstrations of award-winning products and new technologies that international students had invented during their time at university in the city and examples of life saving research collaborations with European partners. These included an app to test for blindness, an international award-winning violin and guitar made from spider silk, and examples of London universities working with European partners on a ground-breaking project to cure malaria.