The University of Westminster’s student radio station is set to be one of the first to host a student show on BBC Radio 1. 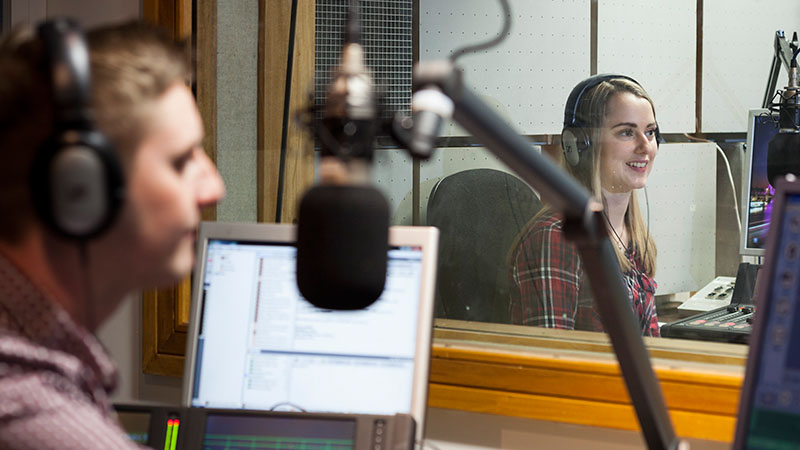 The show will be presented by third year Radio and Digital Production BA Honours student Michael Lavin. It is the second show of its kind, and will air of Monday 9 May at 9pm and will be available to download after it has broadcast.

The playlist is based around Smoke Radio’s annual school disco event.

The students were given the opportunity to host the show after submitting a playlist to the Student Radio Association. 12 student radio stations were selected by a panel which included Radio 1’s Head of Programmes and Radio 1 editors.

Smoke Radio is managed by Emma Halligan, who said: "We're so excited to be hosting the Student Radio Takeover.

“We put a lot of work into making our playlist as fun as possible, and we're sure people will love it. Good luck Michael"

The course leader for Radio and Digital Production BA Honours is Dr Matthew Linfoot. Speaking about the opportunity, he said: “This is really great news for Smoke Radio. It’s a fantastic opportunity for the station to continue to build a relationship with Radio One, and this will be the debut show from our new radio studio in Harrow."

The Smoke Radio show will air on at 9pm on Monday 9 May.

Find out more about Radio and Digital Production BA Honours.