With its outstanding reputation in film education, the University of Westminster is to restore and reopen the historically significant Regent Street Cinema for the public, filmmakers and students thanks to a £1.5 million Heritage Lottery Fund (HLF) grant, it was announced today. 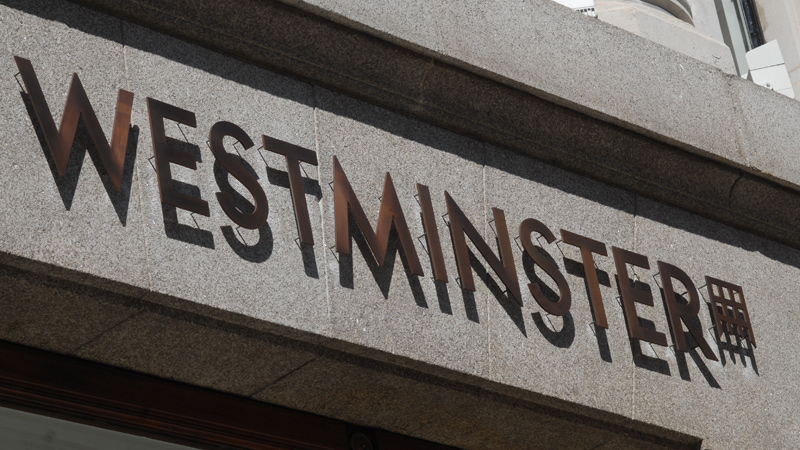 Housed within the University’s Grade II listed flagship building in the heart of London, the cinema is considered to be the birthplace of British cinema having hosted the Lumière brothers’ moving picture show in 1896 – the first public cinema performance to a paying audience in the UK. The Heritage Lottery Fund award will support the restoration of the cinema to its former glory evoking its 19th century heritage and also bring it right up to date with the latest technology, making it accessible and available to public audiences, tomorrow’s filmmakers, and the film industry.

The University of Westminster launched its plans for this ambitious restoration and redevelopment of the historic cinema to funders and the film industry earlier this year. Backed by some of the biggest names in the British film industry, the fund raising campaign for the cinema has secured further capital support from the Quintin Hogg Trust and the Garfield Weston Foundation, and with this announcement today is now two-thirds of the way to meeting the £6.1 million target to complete the project.   Tim Ronalds Architects have designed the scheme for the restored Regent Street Cinema which is planned to reopen in 2014.

Sue Bowers, Head of the Heritage Lottery Fund for London says, “This cinema has an important place in the world history of film. Now, with this HLF grant, the University of Westminster can share this special story not only with film students and academics, but with the wider public too. We look forward to seeing the working cinema, lecture theatre and activities spaces open and accessible to all in the future so that everyone can get involved in this fascinating part of our heritage.”

Professor Geoffrey Petts, Vice-Chancellor of the University of Westminster says, “The University is delighted to be awarded this substantial grant from the Heritage Lottery Fund to restore and reopen the Regent Street Cinema. Currently used as a lecture theatre, the cinema will be reborn as an outstanding, state-of-the-art auditorium, offering a place for film lovers to see films from around the world and film students to showcase their work.   We are well on our way to meeting our target for getting the restoration underway thanks to the fantastic public and private funding contributions we have received so far.  We are going all out to close the gap on the final leg of financing that we need, but we do not underestimate the challenges of finding that elusive final tranche of funding in today’s tough climate for ambitious projects.”

Tim Bevan CBE, film producer and Chair of the Regent Street Cinema Advisory Board says, “The Lottery grant to the Regent Street Cinema is fantastic news for the University of Westminster, its students, the industry and filmmakers.   The investment made in education and training has been an enormous factor in the success of the UK film industry which creatively and technically is a world leader and Westminster continues to be very much part of that.   This summer, 2011 Westminster graduate David Winstone won the top prize for his short graduation film For Elsie, at the Academy of Motion Picture Arts and Sciences’ 39th Annual Student Academy Awards, held in Los Angeles. At the same time making the cinema open to public audiences is a good example of business, culture and education working in unison.  The Regent Street Cinema development team has done a fantastic job in taking us two thirds of the way to securing funding for the project and we now just need to be as resourceful as possible to bring it to completion.”

The Lumière brothers chose the Regent Street Polytechnic (the University of Westminster’s previous incarnation) for their very first screening, because it already had a reputation as a leader in scientific experimentation and entertainment.  The Polytechnic was a pioneering institution and today the University of Westminster continues to lead the way. The newly opened cinema will give film students an unrivalled opportunity to premiere their work in London’s West End.

*A confirmed award means that money had already been earmarked by the HLF for the project in question and that the full amount has now been secured.

The HLF grant to the project Reviving the Birthplace of British Cinema  is for £1,489,700 (26% of project costs) and is a second-round pass, which means it is a confirmed award.

Using money raised through the National Lottery, the Heritage Lottery Fund (HLF) sustains and transforms a wide range of heritage for present and future generations to take part in, learn from and enjoy. From museums, parks and historic places to archaeology, natural environment and cultural traditions, we invest in every part of our diverse heritage. HLF has supported more than 33,000 projects allocating £4.9 billion across the UK including £932 million to over 3,000 projects in London alone. www.hlf.org.uk

Tim Ronalds Architects is an award-winning practice that specialises in arts, education and public projects. The practice has a reputation for buildings of outstanding quality and character and for working closely with clients to develop inventive solutions to complex requirements. One of their best known projects is the Hackney Empire which won a Royal Fine Art Commission/BSkyB Conservation Building of the Year Award. www.timronalds.co.uk