A three-day seminar organised by the University of Westminster’s Centre for Urban infrastructures brought together leading academics and research students from Westminster, Peking (PKU) and other universities in China to discuss environmental, planning and transport issues relating to major cities such as London, Beijing and Shanghai. 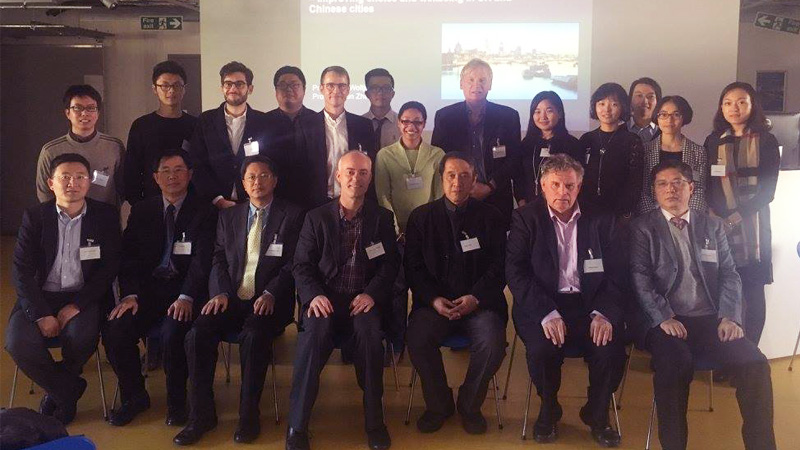 During the event, which was supported by a British Council Newton Fund grant, the debates explored the main challenges of the cities’ infrastructure and the question how far cities and urban infrastructures offer choice and wellbeing to all. Additionally, it asked questions about the prospects of delivering a more inclusive model of urban infrastructure development in China and the UK, which would actively incorporate wellbeing.

When speaking about the event, University of Westminster Professor of Urban Infrastructures Johan Woltjer said: “This event brought together leading academics and junior researchers from the UK and China in order to discuss the ways in which cities in both countries are using infrastructure of all kinds to promote choice and wellbeing for all citizens. We concluded that city policies need to widen the benefits and opportunities infrastructures offer.”

Other University of Westminster professors and researchers who attended the workshop include Nick Bailey, Professor of Urban Regeneration; Professor Simon Joss, Director of the Eco-Cities Initiative; Duncan Bowie, Senior lecturer in Spatial Planning and Housing and Course leader for the Urban and Regional Planning MA; Enrica Papa, Senior Lecturer in Transport and Planning; Giulio Verdini, Senior Lecturer in Planning; and Nancy Stevenson, Principal Lecturer in Tourism.

Some topics explored were transport equality for low income workers in several Chinese cities, transport accessibility, developments on the urban fringe, London’s policies on environment sustainability, housing and planning, land use and Metro development in Beijing, the impact of major infrastructure development, and development of East London’s social infrastructure.

The event ended with a guided tour around the Olympic Park for the Chinese delegates in order to observe the impact of the infrastructure developed for the 2012 Olympic Games and the provisions being made for after-use.

A joint team of editors from Westminster and PKU are currently developing co-authored publications. Further exchanges and visits are planned between participating institutions.

Research at the University of Westminster addresses truly global themes, contributing to the solution of real-world problems and enhancing and enriching economic, health, social and cultural life. Every faculty of the University is actively involved in collaborations with both academic institutions and businesses overseas.

Learn more about Global Research at the University of Westminster.