The University of Westminster’s newly refurbished Architecture studios have been nominated in the AJ Retrofit Awards 2016. 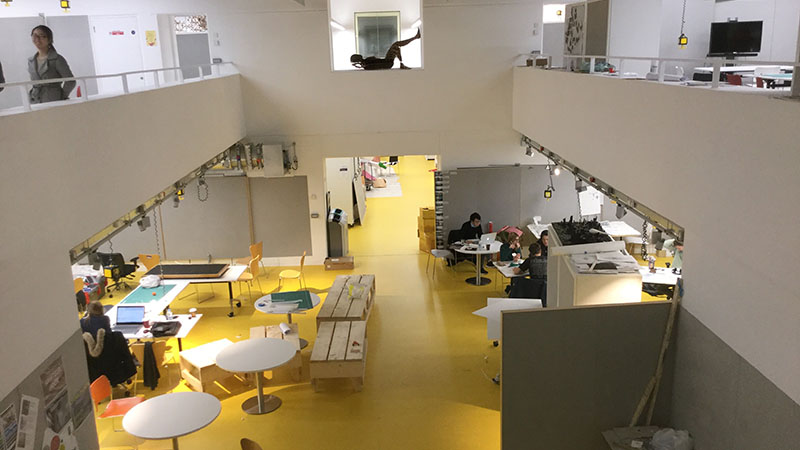 The awards, often known as the ‘Retrofit Oscars’, run by the Architects Journal celebrate the best in design, engineering and construction that prolongs and improves the life of the built environment.

The Faculty of Architecture and the Built Environment’s architecture studios have been nominated in the Higher and Further Education category, sponsored by architecture solutions company Aliva UK.

Westminster’s architecture studios were refurbished by Jestico + Whiles in June 2015. They opened in September and October 2015 having undergone a redesign to make them more open plan and adaptable to be able to work to the needs of the students.

Speaking at the opening of the new architecture studios, Harry Charrington, Head of the Department of Architecture, said: “Westminster’s Marylebone Studios are now the best architecture studios in London. By removing the accretions that have built up over the years, and restoring the studios to their full-size and potential, the department can continue to grow, to recruit excellent students, and to build on its legacy as one of the foremost schools of architecture in the UK. Most importantly, it gives all students the best possible opportunity to fulfil their creative potential and their potential as would-be architects.”

The AJ Retrofit Awards will take place on 14 September 2016 at The Brewery, London.

Find out more about the University of Westminster’s Faculty or Architecture and the Build Environment.