University of Westminster students at DIOR couture show in Paris

Two students from Westminster Fashion Design BA Honours course were amongst a group of nearly 80 students from 16 international colleges who were invited to a specially organised Dior couture show in Paris on the 20 January. 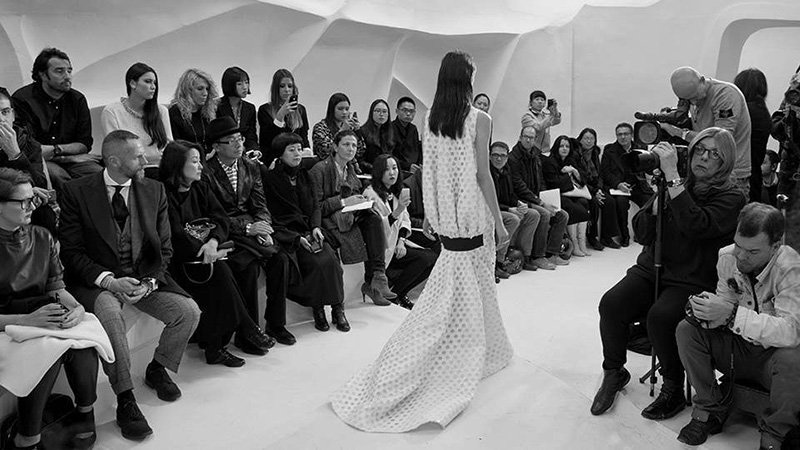 Participating schools included the University of Westminster (the only undergraduate course invited from the UK), Central Saint Martins, The Royal College of Art, the Condé Nast College and Parsons School of Design in New York.

The students relished the opportunity take a peek inside the ateliers and were given advice from Dior creative director Raf Simons himself.

"In five, six years from now they will probably kick me out," Simons quipped. "But that's how it should be; that's the cycle. It's wonderful to connect with students […]. I think as a student you shouldn't think about the system, but just what you really, really believe in."

Course Director Andrew Groves said: "It was fantastic that Christian Dior allowed us into the atelier on the night before the show, when the collection was still being created, and allowed the students to be in such a unique and privileged position to see the most amazing craftsmanship up close."