University of Westminster student wins internship with the Mayor of London 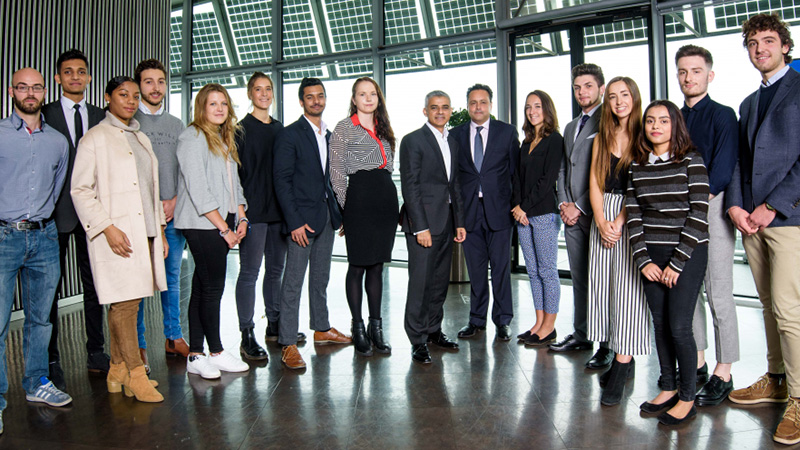 Earlier this year Dennis G. Lucan, along with a team of students from the Westminster Business School, entered The Mayor of London’s Low Carbon Entrepreneur competition with his business idea MUSH+ - a system to reuse coffee waste to create microenvironments to grow mushrooms.

Dennis got to the final ten in the competition fending off 300 entrepreneurs and was invited to pitch his idea at City Hall.

Each intern’s role is to ensure that students across London know about the competition, helping to shape the competition so that it continues to support students taking their first step towards becoming entrepreneurs.

The internship is just three and a half hours each week, designed to work alongside their studies and to challenge them to find creative ways to communicate with their fellow students.

Speaking about the competition, Dennis says: “As an ex-finalist I can say that the competition is amazing, because even if you don’t win, you get so much out of it. You get plenty of access to support that you wouldn’t otherwise have and you get to network a lot, you get to meet likeminded people, you have no idea how fast you can expand your network – it is networking at its best.

“The competition gets you exposure, people know what you’re doing and what you’re capable of.”

Dennis is now responsible for promoting the competition to students at the University of Westminster and Queen Mary University, London. He has produced an extensive communications plan to promote the competition training workshops (Next training link: https://www.eventbrite.co.uk/e/mayors-entrepreneur-workshop-3-tickets-27... ) at City Hall and is sharing his insights and experience with other students to help them with their ideas, applications and pitches.

This year's Mayor's Entrepreneurs Interns are (above photograph, L-R):

If you have any questions about the competition you can contact Dennis by email.