Priyadharshini Mani, PhD student at the Westminster School of Life Sciences, was part of the Team JSP, runner up at the ClimateLaunchpad competition held in Edinburgh between 1 and 2 November. The team was representing India in the global competition, having been national winners previously. 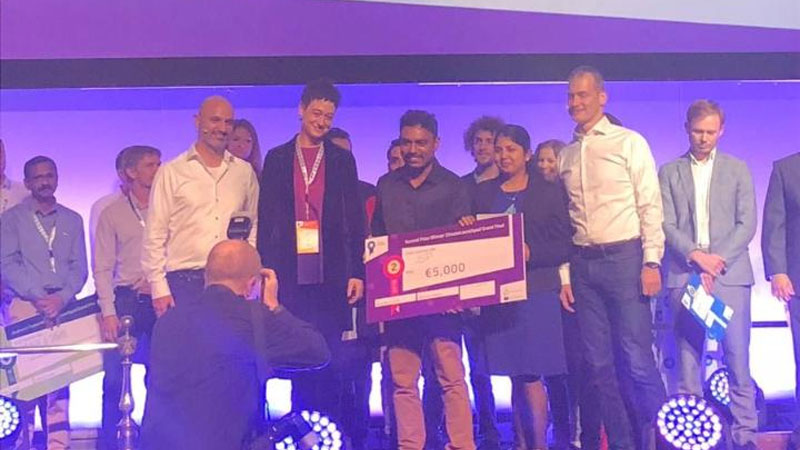 The business idea JSP submitted was based on developing microbial fuel cells for simultaneous textile wastewater treatment and electricity production. The use of microbial fuel involves a carbon neutral process, energy savings, minimal maintenance requirements and suitability even for small installations with low organic loads.

Other team members included V T Fidal Kumar from the Indian Institute of Technology-Madras and Suresh Paul, Director of the JSP group of companies. They were awarded 5,000 euros in prize money. Commenting on their award, Priya said: “I’m very excited about the future of microbial fuel cell technology and I hope to create a great impact in the clean tech business.”

Speaking about Priya’s success, Dr Godfrey Kyazze, her Director of Studies and Senior Lecturer at Westminster School of Life Sciences, said: “I’m very pleased to hear about the news and I’ve congratulated Priya on taking the initiative to participate in this competition and beating 133 other teams.”

ClimateLaunchpad is the world’s largest Green Business Ideas competition. The mission of the competition is to tackle the negative effects of climate change through innovation and invention. In this year’s edition, there were 125 teams in the competition, representing 50 different countries around the world.

The competition brings about three rounds: Boot Camp, Coaching and national finals, and the Grand Final. Teams are selected in the first round and have to then attend six intensive coaching sessions to perfect their model. They go on to pitch in front of a National Jury at the National competition and the top three teams of each country enter the Grand Final.

In this final stage, teams pitch their idea to leading investors and entrepreneurs where they receive feedback and fifteen finalists are selected to compete for access to EIT Climate-KIC, a European knowledge and innovation community working to accelerate the transition to a zero-carbon economy.

Read about the Research Degrees offered by the School of Life Sciences.