Westminster music alumni Jamie Woon and Karina Ramage and Michael Kiwanuka who studied at Westminster make waves in the British music industry with nominations for the prestigious ‘Album of the Year’ shortlist. 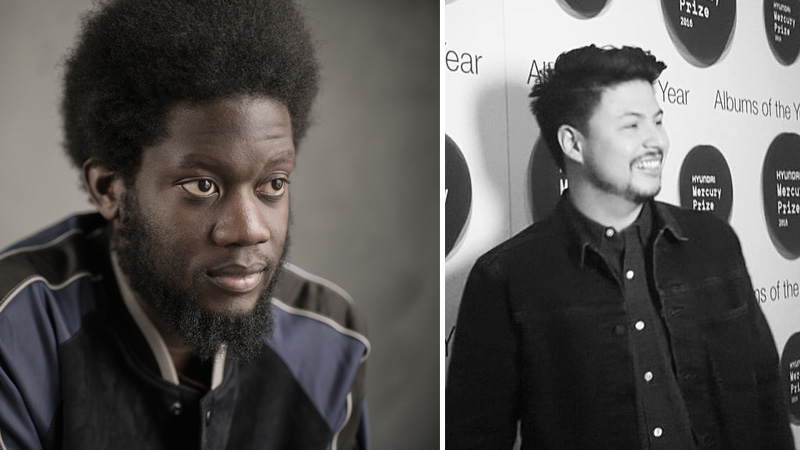 The former Commercial Music Performance BMus Honours student Michael Kiwanuka released his new album 'Love & Hate' on 15 July and was shortlisted for the prize shortly afterwards. The soul singer, who came top of the BBC's Sound Of 2012 list, also scored Number One on the UK Official Albums Chart with his new album, beating his previous Number Four record of his 2012 album ‘Home Again’.

The other Westminster alumnus up for the accolade is Jamie Woon who graduated from the Commercial Music BA Honours course in 2004. His Mercury Prize-nominated second album ‘Making Time’ was released last year. The R&B, groove-based and vocal-led singer broke into the music industry with his 2010 hit single ‘Night air’.

The Hyundai Mercury Prize Albums of the Year celebrates and promotes the best of UK music, recognising artistic achievement across an eclectic range of contemporary music genres. The winner will be announced at the Awards Show on Thursday 15 September at Eventim Apollo, Hammersmith.

In the meantime, up-and-coming Karina Ramage, who has also just graduated from the Commercial Music Performance BMus Honours course, is featured on the ‘Colour the Past’ track of Krakota’s debut album ‘Strange System’, released by Hospital Records on 29 July.

The label said of the track and Karina: “In ‘Colour The Past’ Krakota simultaneously tugs at the heartstrings and hits hard in the face with vocals brought by new finding Karina Ramage. The French-Scottish-English songwriter was a surprise find by label boss Chris Goss as he discovered her busking on London’s South Bank.”

The track has been played by the likes of BBC Radio 1.