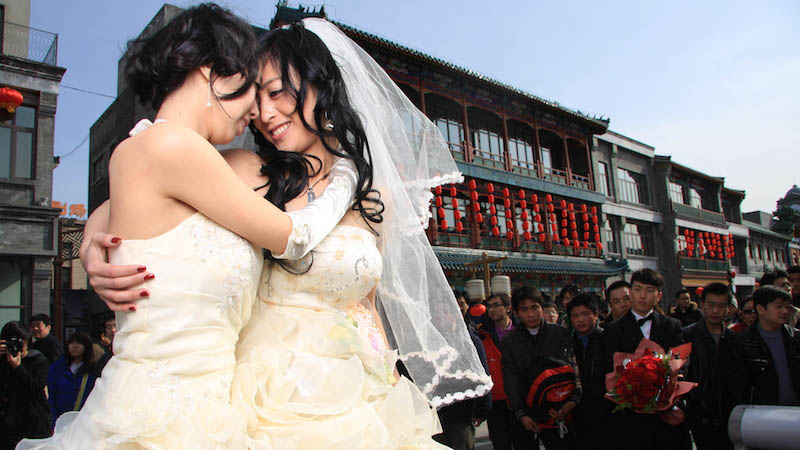 The films, which were directed by Popo Fan, tell the stories of people from the LGBTQ community in China. When he was making ‘New Beijing, New Marriage’, Fan interviewed a number of people about their thoughts on the LGBTQ community. The respondents were generally accepting of LGBTQ people, but were not within their own families.

These responses inspired Fan to make ‘Mama Rainbow’, which looks at how six parents love and accept their homosexual children.

After the screenings, Popo Fan was interviewed about his life as an LGBTQ filmmaker. He was quizzed about the difficulties of speaking to LGBTQ people in China, and whether it is hard to make these sensitive documentaries in the current Chinese society.

Speaking about the screening, director Popo Fan said: “The queer movement in China has developed so much in recent years, but still a lot of work needs to be done. One important issue is family, which I have focused on generally in the past few years.

“Another important issue is international communication: as we are living in a globalized world, we need to look both inside and outside. This event at the University of Westminster was a good opportunity to let a British audience know about the queer Chinese world through film. I can also bring information back to China, as I got so many interesting questions that allowed me to get a better understanding of how British people see Chinese society.”

“This film screening demonstrates the Centre’s commitment to providing British audiences with unique insights into queer sexualities in China’s rapidly transforming society, and we are delighted that it attracted such a large audience. We are very grateful to Popo for showing his films and answering questions about them with such grace and humour, to our co-organisers and co-funders of the event, the Queer London Research Forum of the University of Westminster, and also to the SOAS Queer Asia conference organising committee who helped fund Popo’s visit to the UK."

Find out more about the Contemporary China Centre.