On 9-11 February, the University of Westminster hosted for the fourth year running the National Student Pride 2018 event which this year focused on homeless LGBTQ+ youth. 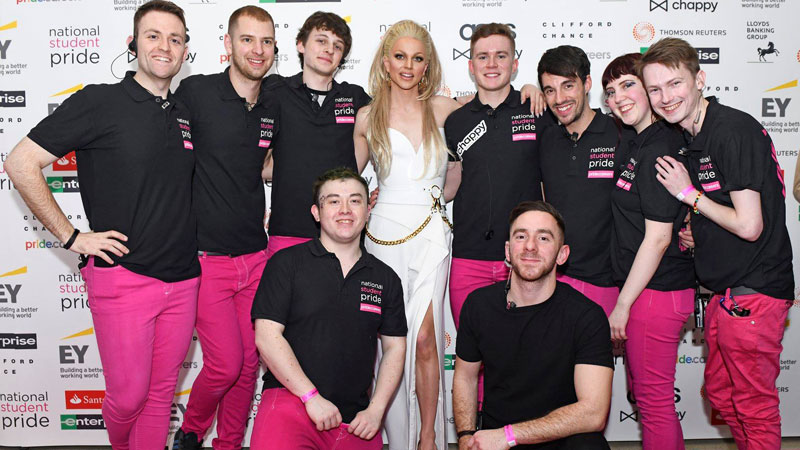 For the fourth year running, the University of Westminster has provided the venue for the main event of National Student Pride, aiming to promote an atmosphere of tolerance, opportunity and innovation by allowing room for debate and discussion.

While last year’s event focused on sex and relationships education, this year the National Student Pride, now in partnership with the Albert Kennedy Trust organisation, highlighted the issue of vulnerable young LGBTQ+ people being made homeless following their coming out.

Figures from the Albert Kennedy Trust recently showed that of all young homeless people in the UK LGBTQ+ children are much more likely to be suffering. Specifically, one in four homeless young people is LGBTQ+.

For Tom Guy, Founder and President of National Student Pride as well as Westminster Architecture alumnus, the last thirteen years of the festival have had many highlights. As well as being named Best LGBT Event at the 2015 British LGBT Awards, Student Pride also boasts the largest LGBT careers fair in the country, and has been attended by people such as Oscar winner Dustin Lance Black, and trans activist Paris Lees.

Radio Production graduate and Student Pride’s Director of Communications Jamie Wareham, who has recently been chosen employee of the month at Gay Star News, said about the event: “I get so much joy mentoring the students on the committee for the event - seeing them grow, learn and then out on the biggest LGBT+ student event in the country gives me life and energy.

“The event is especially special as it came to Westminster when I was helping to run the LGBTI society there. To be an alumni of the university that hosts our event gives me a whole new level of pride in everything that takes place - from the empowering conversations, panels and even the pride careers job fair.”