The University of Westminster hosted the third Innovation In Music (InMusic) conference at Regent Street Campus on 6-8 September, which included contributions from some of the biggest names from music related industries. 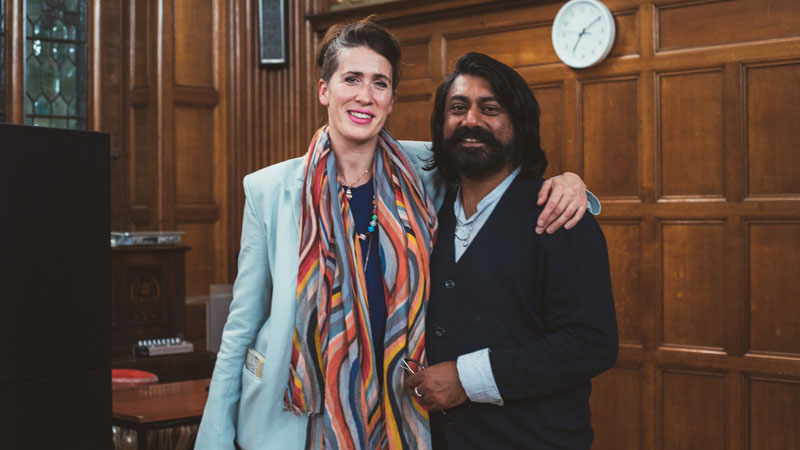 Imogen Heap’s keynote interview discussed new possibilities for a fairer music ecosystem through blockchain technology, and Talvin Singh mesmerised the audience with a unique performance of live tabla alongside electronic compositions. An inspiring plenary address by music producer and serial innovator Håkan Lidbo simply asked ‘Is this the best we can do?’

Over 40 academic papers were presented at the conference, including eight from University of Westminster staff, drawing together topics and discussions on innovation in all areas of the music industry, from artist to production and business to technology.  Representatives from Warner Music Group, Abbey Road Studios, Focusrite, PMC, Prism Sound, Big Bear Audio, Help Musicians and a host of other industry partners were involved and engaged in the event. The conference also boasted a banquet dinner at the 100 Wardour St restaurant, the location of the old Soho Marquee Club that enjoys a rich musical heritage.

Conference chair Professor Rob Toulson of Westminster School of Media, Arts and Design said of the event: “The conference is a unique opportunity for members of the music industry and academia to share ideas across traditional boundaries. It is very easy to organise a music business conference, but we wanted to get the technologists, artists and producers all in the same room too, in order to really tackle some of the emerging issues in commercial music that can only be addressed through interdisciplinary collaboration.

“Being in the heart of London makes an event like this possible, with music artists and key industry players right on our doorstep. It’s exciting to see academia and industry connecting in this way and we look forward to hosting the event again sometime in the future.”

Find out more about Innovation In Music.

Find out more about the Music courses offered at the University of Westminster.