Taking a break from space training after winning the Kruger Cowne Rising Star Programme, Hussain Manawer was asked by the Mayor of London Sadiq Khan to star in a video entitled ‘London’s Legacy’ to welcome the new 24-hour tube, and spread the word that London Is Open! 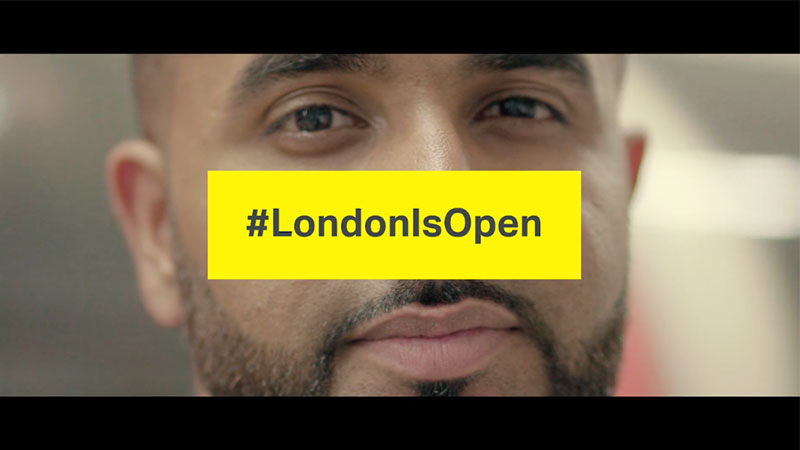 Spoken word poet Hussain teamed up with the talented Moghul Music to produce the track for the video which premiered on the Mayor of London’s Facebook page.

24-year-old Hussain, who graduated in Quantity Surveying BSc Honours from the University of Westminster in 2012, will make history as the first British Muslim to go into space. The Olympic torchbearer and YouTube star blew judges away at the One Young World Summit 2015 in Bangkok with his powerful spoken word keynote speech, raising awareness for mental health. He received a standing ovation from over 1,300 young delegates from 196 countries at the summit.

Hussain has recently taken time out of his space training schedule to visit a refugee camp in Greece, aiming to raise awareness of the grueling conditions people living in the camps face, both mentally and physically.

Speaking to itv London about his visit to the refugee camps, Hussain said:

“We’re hoping to bring as much happiness and normality into the camp for the thousands of refugee children. We plan on gifting balloons which will have a hand written message from that child on it, signifying their hopes and dreams. Releasing balloons is something we all did as kids, and hopefully, by sharing this experience, these amazing children and young people will be reminded to have hope and will set those wishes and dreams free.”

While studying at the University of Westminster, Hussain climbed Mount Kilimanjaro, raising thousands of pounds for charity. At present, as well as interviewing a host of influential public figures on his online channel Hussain’s House. Hussain takes time out of his schedule to visit schools across the country, speaking to young people on issues such as cyber bullying and the importance of self-expression through the arts.