University of Westminster graduate aims to be catapulted into outer space

University of Westminster alumnus and Olympic torchbearer turned YouTube star Hussain Manawer has been named among the Top 30 Influential Elite Shortlist across the globe for the prestigious Rising Star Programme. 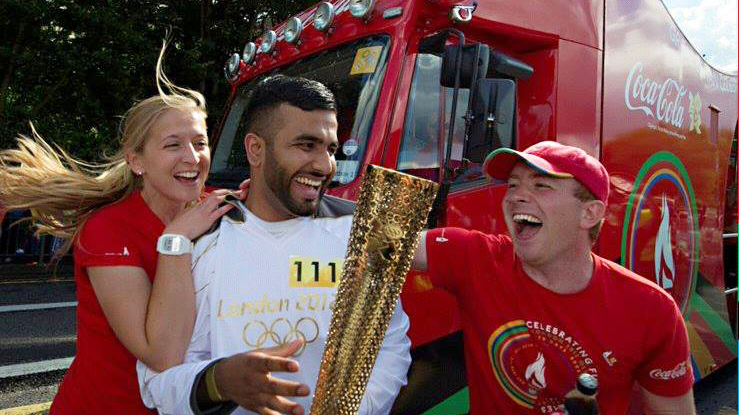 The Rising Star Programme, which launched at the One Young World Summit 2014 in Dublin, aims to catapult one undiscovered leader into space, and into the global spotlight. Taking their search to the next stage, the initiative’s creator, leading London-based talent agency, Kruger Cowne, and their partners One Young World, the preeminent global forum for young leaders, and Spaceship Earth Grants, have announced the shortlist.

The shortlist, which was chosen by singer and political activist Bob Geldof among others, is made up of 30 extraordinary individuals from across the world. One of them is 24-year-old Hussain, who graduated in Quantity Surveying BSc Honours from the University of Westminster.

Speaking about his accomplishment Hussain explains:

“I want to change the world for the better, hence I am honoured by the opportunity to work alongside Kruger Cowne on this monumental project. It really took a while for the Rising Star Shortlist to sink in, with the prospect of working alongside such influential individuals along with a potential trip to space is insane, if you said this to me back when I was in school I would have laughed it off. This whole process has been a constant learning experience and the main thing it taught me is anything really is possible.”

Hussain’s achievements include being an Olympic torchbearer for London 2012. While studying at the University of Westminster, Hussain also climbed Mount Kilimanjaro, raising thousands of pounds for charity. At present, as well as interviewing a host of influential public figures on his online channel ‘Hussain’s House’, Hussain takes time out of his schedule to visit schools across the country, speaking to young people on issues such as cyber bullying and the importance of self expression through the arts.

Hussain applied to the programme hoping to make a change, and to inspire and empower younger generations. By leading discussion on a global scale, he hopes highlight the importance of emotional and mental health and the need to implement more emotional wellness practices within the educational system and society.

Three finalists chosen from the final 30 will be flown to Bangkok in November to attend the One Young World Summit 2015. They will then deliver an inspirational 10-15 minute keynote on a topic of their choice to an audience of thousands of delegates and a panel of esteemed global business and social icons.

The winner of The Rising Star Programme will travel by XCOR Aerospace’s Lynx® Spacecraft and experience the world from a completely new perspective, subsequently inspiring new insight on issues relating to the global population. The winner will also be offered a mentorship with Kruger Cowne.