Winner at the Student Academy Awards, the highest global accolade. “One of the most brilliant and talented British short films of the last decade.” 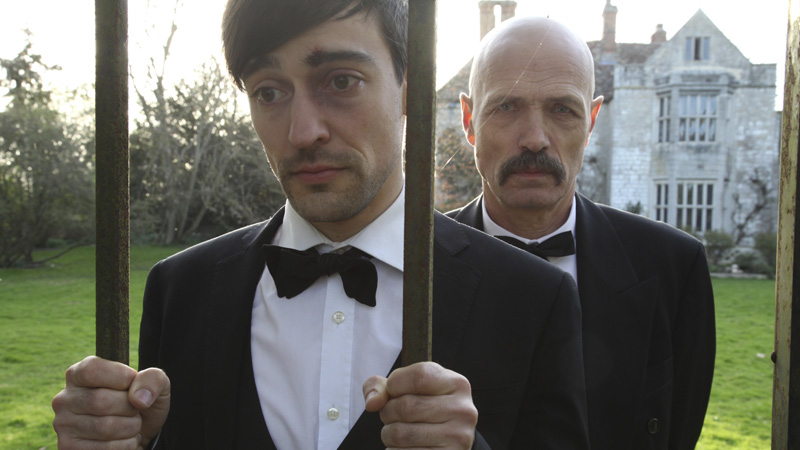 A film written, filmed, produced and directed by a team of students from the University of Westminster’s Film and Television Production BA has won the ‘Best Foreign Film’ Oscar at the 2012 Student Academy Awards.

For Elsie, directed by David Winstone from a script by Vincent Klueger, has been selected as the Gold Medal winner in the Foreign Film category, at the Academy of Motion Picture Arts and Sciences’ 39th Annual Student Academy Awards, competing against entries from 29 different countries.

Actress Laura Dern presented David Winstone with the award at the ceremony in the 1000 seat Samuel Goldwyn Theatre in Hollywood on 9th June. David began his acceptance speech by saying: “This is an amazing moment for me, not just because of this award, but because I’ve been in love with Laura Dern since I was five years old. For me, Jurassic Park was that film that made me fall in love with the movies”. Three other members of the production team also attended the awards: Katie Clarke (Production Designer) and Jamie Levitt (Sound) and producer Gemma Priggen, who said "It was the most amazing night, and it was such an honour to win. We are so proud of the cast and crew. We were the only undergraduate film even nominated and by far the youngest crew with the smallest budget. Everyone’s talent shone through on the big screen."

The Academy hosted a week of events for the student winners and nominees, including visits to the Screen Actors Guild where they were hosted by writers including Scott Alexander (“Ed Wood,” “The People vs. Larry Flynt”) and Christopher McQuarrie (“The Usual Suspects,” “The Tourist”), a visit to the American Society of Cinematographers with ASC president Daryn Okada, (‘Mean Girls’) and two times Oscar winner Haskell Wexler (‘One Flew over the Cuckoo’s Nest’), and a dinner with the Academy’s Board of Governors, where there were five tables and five courses, the governors keeping their seats and the winners switching table at each course.

“For Elsie” tells the story of a disillusioned piano teacher, a Russian gangster and his daughter, and a day that may go down in piano lesson history. Glenn, (played by Blake Ritson - ‘Upstairs Downstairs’; ‘Emma’) once aspired to be a concert pianist, but now has to move back to his parents’ home. However, a Russian gangster, Kilov, offers Glenn an alternative: £10,000 if he can teach his daughter to play Beethoven’s “Für Elise” …. in a day.

Former University of Westminster student, Paul Trijbits, now Executive Producer at Ruby Films (‘Tamara Drewe’; ‘Fish Tank’), said: “For Elsie” demonstrates the wealth of talent which is being harboured and nurtured at the University of Westminster Film School. This short, with an exceptional performance by Blake Ritson demonstrates how important short films are in the career progression of the next generation of film-makers from the UK. It's wonderful that this is being recognised by the Academy of Motion Picture & Science."

Nicolas Kent, former Artistic Director at the Tricycle Theatre and Cinema, said: “I saw For Elsie at the BAFTA showcase late last year and I think it is one of the most brilliant and talented British short films of the last decade.”

The University of Westminster film and television course is widely recognized as being amongst the best in the world, with an international reputation for academic and practical teaching, and was the first course of its kind in the UK to be awarded degree status.

Peter Hort, Course Director of the Film & Television Production BA at the University of Westminster, said: “Winning a Student Academy Award is a wonderful achievement for our undergraduate students. They are competing with much more experienced students, from postgraduate National Film Schools all over the world, and it’s a testament to their creativity, maturity and technical ability that they’ve created films that move and entertain audiences wherever they’re seen. And to follow up our 2011 top five finalist nomination for ‘The Miserables’ with a win this year is of course tremendously satisfying for the course.”

The Student Academy Awards are an annual competition for college and university filmmakers. Previous winners have gone on to have successful careers in movies and television. Two of last year’s Foreign Film finalists went on to be nominated in the short film category at the 84th Academy Awards in February 2012.

Since directing ‘For Elsie’ in 2011, David Winstone has worked on an internship at Origin Pictures (‘The Awakening’, ‘The Crimson Petal and the White’).

The University of Westminster is currently fundraising to restore its cinema on Regent Street, where Britain’s first moving image was shown in 1896, to its former glory. Restoring the birthplace of British cinema will cost over £5 million. The University of Westminster backed by some of the biggest names in the British film industry, has already received development funds from the Heritage Lottery Fund (HLF) and a ‘green light’ for £1m towards the project. Generous contributions have also been made by the MBI Al Jaber Foundation and the Quintin Hogg Trust meaning a substantial portion of our target has been met. The campaign is now being stepped up to raise the rest of the finance.