Five graduates from the Fashion Design BA will show their collections on the 2018 Transatlantic Fashion Week taking place from September 2-9 on board Cunard’s luxury liner Queen Mary 2 leaving Southampton and arriving into New York City during the New York Fashion Week. 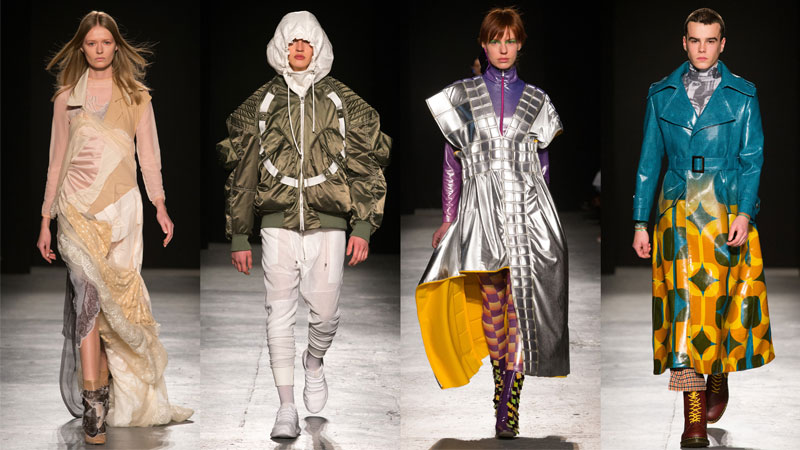 The graduates will showcase their latest collections, presenting designs for the Autumn/Winter 2018/19 season. They were shortlisted back in February, after Westminster’s Fashion Design BA debut as the first undergraduate course in the world to present on the official London Fashion Week schedule.

The five graduates are: Megan Williams, inspired by Spacesuits: The Smithsonian National Air and Space Museum Collection; Suzi Lee, inspired by the last remaining Haenyeo Divers of Jeju Island on the South Korean peninsula; Holly Priestly, inspired by the dramatic social change in the North of England during the mid-70s and 80s; Manon Planche, inspired by drag racing cars and their bold and eclectic drivers; and Jessica Ellis, inspired by 1980’s West Berlin underground culture and music.

The University of Westminster is known for producing some of the most talented and creative fashion professionals in the business. Notable alumni include Vivienne Westwood, Michael Herz, Artistic Director at Diane von Furstenberg; Stuart Vever, Creative Director at Coach, and Christopher Bailey, Burberry’s Chief Creative Officer and President.

Andrew Groves, recently appointed as Professor of Fashion Design at the University of Westminster, said: “I would very much like to thank Cunard for their support for a fantastic opportunity for our graduates to show their A/W18 collections to an international fashion audience as part of Cunard's Transatlantic Fashion Week. Not only do they get to spend a week on one of the worlds most luxurious cruise ships, but they will meet a range of influential fashion people that will be able to help further their careers.”

Angus Struthers, Vice President of Cunard Marketing said: “Transatlantic Fashion Week continues to draw the most exceptional talents from the world of fashion. We are proud to build on the success of previous years, welcoming new designers and established names in the industry.”

Cunard is the operator of Queen Mary 2®, Queen Victoria® and Queen Elizabeth®. Known for its world-class service and entertainment, it is the only line to offer a regular scheduled Transatlantic service between New York and Southampton on board it’s flagship, Queen Mary 2 .

Cunard has been operating an inspiring array of event cruises celebrating the world of fashion, food and wine, literature, music and more. They have featured leading names within the industry including Julien Macdonald, Zandra Rhodes, the Royal College of Art and Parsons School of Design (New York), among others.

Find out more about the Fashion Design BA course offered at the University of Westminster.