The University of Westminster’s Department of Computer Science and Linguisticator Ltd – a memory and language training company – collaborated on the development of the alpha version of a Virtual Reality software prototype that will be used to teach languages using a memory palace. The software also has the potential to expand for other learning applications. 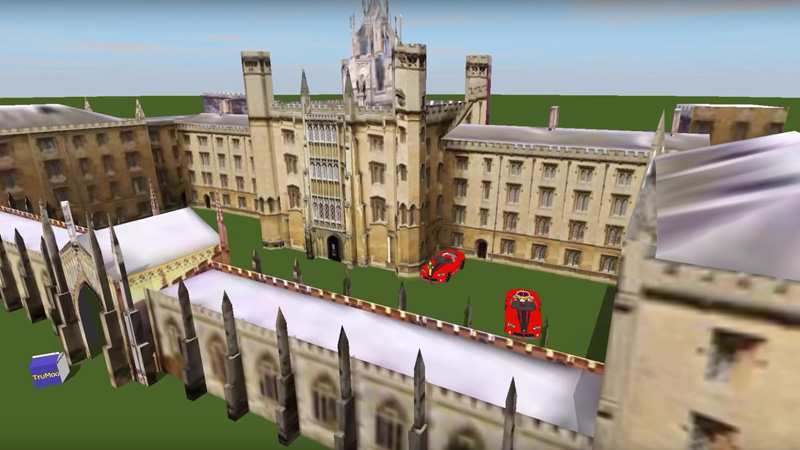 A memory palace is a mental library for learning new subjects, an ancient technique that uses our inherent spatial and visual capacity to learn, retain, and recall large amounts of information quickly and effectively.

Users can create their own 3D memory palaces on the Macunx VR platform where, by using a VR headset, they can take virtual walks and learn spatially and visually.

Linguisticator approached the University’s renowned Department of Computer Science to seek assistance with the technical side of development of the innovative learning platform, which is called Macunx VR. As a result, Andrew Freebrey, graduate of the Computer Games Development BSc Honours course at Westminster, was given the opportunity to apply his studies onto a real-life project while at university. With Course Leader Markos Mentzelopoulos’s guidance, Andrew developed the alpha version of the Macunx VR memory palace.

Linguisticator ran a successful crowdfunding campaign on Kickstarter over the summer for Macunx VR, raising almost 400 per cent of their target and attracting the attention of press and bloggers from around the world. Shortly after the completion of the first prototype, Lara Lewington, presenter for the BBC’s consumer technology programme Click, was among the first to try the memory palace on the University’s Cavendish Campus in Central London, brushing up on her Spanish language skills. Her report on the innovative platform was subsequently aired on BBC News, BBC World News and BBC 1’s Breakfast show.

Another third-year student on the same course, Jennifer Leung, is set to take over the development of the software upon graduation as part of a Knowledge Transfer Partnership between Macunx VR and the University of Westminster.

Markos Mentzelopoulos said: “The Macunx VR project is a fruit of our commitment to provide our students with real life practical experience of the industry before and right after they graduate. As a department we seek new challenges for knowledge transfer applied to various applications and fields with the support of state-of-the-art facilities populated with high-tech immersive technologies.

Aaron Ralby, CEO for Lingusiticator, said: “We’re extremely pleased to be working with Markos and the University of Westminster on Macunx VR. The platform will revolutionise how we learn, retain, and use complex information, so it’s very exciting to see it come together through our collaboration with Westminster.”