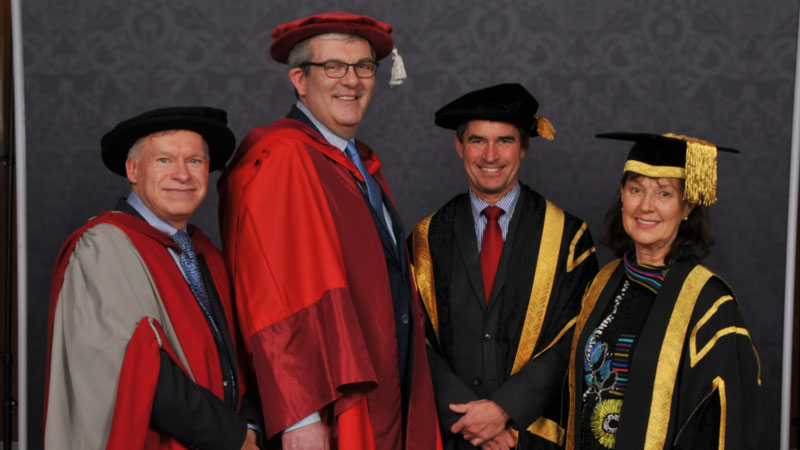 Westminster Business School awarded Gerry Stone an Honorary Doctorate Award of Letters for his dedicated services to enterprise and the promotion of equality in the workplace. Gerry has held numerous global executive roles in several financial services firms and is currently Managing Director in Global Technology and Operations at Bank of America.

Gerry is an alumnus of the University, having completed a Postgraduate Diploma in Human Resource Management in 1997. Earlier this year, he was shortlisted for the University of Westminster Alumni Awards in the Lifetime Achievement Award category.

He joined Bank of America in 2004 and has been in the financial services industry for 25 years. Throughout his career he has worked in London, Dublin, Toronto and San Francisco and is currently based in New York. Since the early 1990s, he has been highly committed to diversity and inclusion, especially LGBT+ inclusion and equality. He is the most senior ‘out’ LGBT+ executive at Bank of America and is the executive sponsor for the bank’s LGBT+ Pride Employee Network. He is also an advisor to the LGBT+ Executive Leadership Council.

In 2016 and 2017, Gerry was named in the OUTstanding and Financial Times’ global power list of LGBT+ Leaders and Allies as a highly regarded LGBT+ Executive.

His award took place alongside a cohort of new Westminster postgraduates at what was the final graduation ceremony of 2018. On 12 November, The College of Liberal Arts and Sciences and the College of Design, Creative and Digital Industries awarded Honorary Doctorates to renowned figures in politics, health and media. Graduates celebrated their photos and thoughts through the #WestminsterGrad hashtag.

Graduates are now part of the University’s growing and diverse Alumni community, and can stay in touch with Westminster through our Alumni team.

Find out more about being a Westminster Alumni here.