The world's first menswear archive, containing garments ranging from WWI clothing to statement pieces from the likes of Jean Paul Gaultier, Alexander McQueen and Burberry, opened doors at the University of Westminster under the initiative of Andrew Groves. 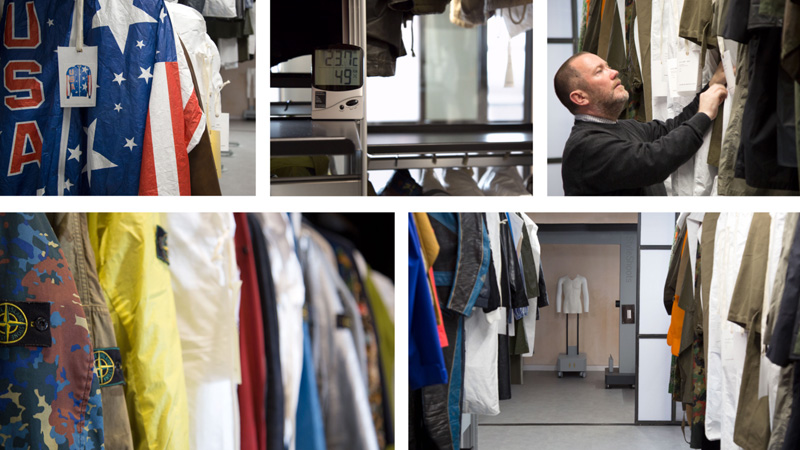 Celebrating the newly-established Menswear MA course at the Westminster School of Media, Arts and Design and aiming to inspire the next generation of designers, Andrew Groves, Fashion Designer and Director of the Fashion Design BA Honours course, has created an archive of rare menswear design, which contains hundreds of pieces of menswear.

The archive boasts a bigger collection of Alexander McQueen pieces than the V&A Museum and is open to the public by appointment, making it the very first public menswear archive in the world, where anyone can get up close and personal with an array of traditional, weird, and wonderful men's clothes.

Groves has also managed to acquire unique garments like mid-century trench coats worn by the Luxembourgish Police, British Army and American military wear from the 1900s up to the modern day, and even armour worn by the French Riot Police.

He said: "I think we’re telling a story of menswear which I don’t think has been told before - and we’re always interested to hear from those that feel they could be part of this archive.  We’re creating a really exciting community here."

The Archive, which has been generously funded by The Quintin Hogg Trust, is based in the Westminster School of Media, Arts and Design in North-West London, where all items in the collection are sourced with great care and are held within temperature controlled environment. To make the Archive fully accessible to everyone, Andrew Groves is building up an online version of it by having the pieces of clothing professionally photographed and then uploading them on the Archive’s Instagram page.

The University of Westminster’s Fashion Design BA Honours course takes 42 students in each cohort, with the newly formed Menswear MA course only taking 18. Students get their own studio space to create and experiment within throughout the course of their studies.

Liam Hodges, Claire Barrow and Ashley Williams are just some of the names of Westminster Fashion alumni who have gone on to make waves in the fashion world. Many of them have also gone on to work for Burberry, Celine, Coach, Tom Ford, Louis Vuitton and Hermes.