Annie Walker, Director of the Regent Street Association, received an Honorary Doctor of Letters award from the University of Westminster on 25 March. 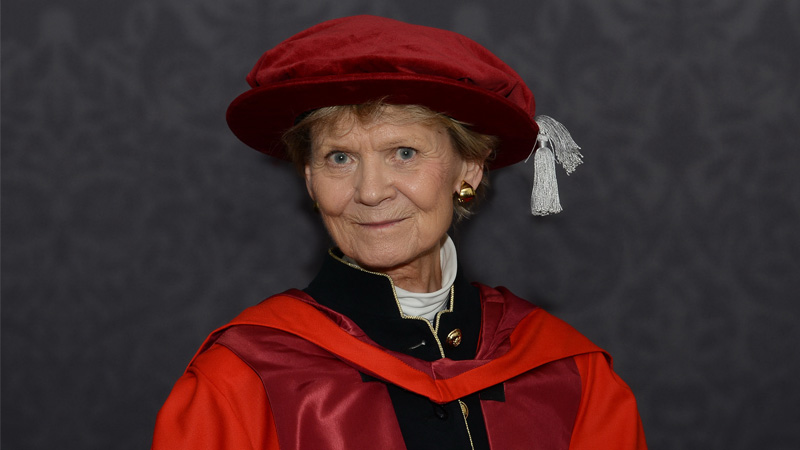 The Regent Street Association represents the interests of the retailers, restaurants, offices and other businesses in the area and promotes Regent Street to both the UK and overseas visitors through marketing and traffic free events.

Annie’s role at the Regent Street Association over the past 23 years has developed from the one-off task of organising the switch on of the Christmas lights to playing a leading part in the look and shape of the West End as we know it today.

Working with partners including The Crown Estate, landlords, business improvement districts, Westminster City Council, Transport for London, the Mayor’s Office, MP’s,  resident’s associations and retailers, Annie has been an influential voice on all major issues. She was responsible for raising the profile of Regent Street through major UK marketing campaigns and overseas sales missions. Much of her time was dedicated to promoting sustainability, an essential value also shared by the University of  Westminster, through her campaigning for freight consolidation, hands free shopping, the reduction of buses in the West End  and traffic free events. NFL on Regent Street, the Regent Street Motor Show, Hamleys Toy Parade and more recently Summer Streets, have become part of the annual calendar for the West End. Annie has also been responsible for introducing B2B initiatives and networking events for the benefit of the members and the wider Regent Street community. The success of Regent Street is partly down to Annie’s commitment over the years.

In receiving this award, Annie Walker said: “I am honoured to be awarded an Honorary Doctor of Letters. My journey towards success would not have been possible without the support of so many, including The Crown Estate, Westminster City Council, Transport for London, the University of Westminster and the many more, to whom I am extremely grateful. In 1994, when I joined the Regent Street Association I did not envisage I would still be here today and to receive such an award – it is an absolute joy and in my retirement year. I leave with no regrets; Regent Street today is a better place than it has ever been: strong, resilient and successful.”