University of Westminster Architecture students together with acclaimed architects from Finland and the UK are to design and build an environmentally friendly wooden shelter at Lusto – The Finnish Forrest Museum in Finland between 29 April – 7 May. The project called Mobile Home London is commissioned by the Finnish Institute in London. 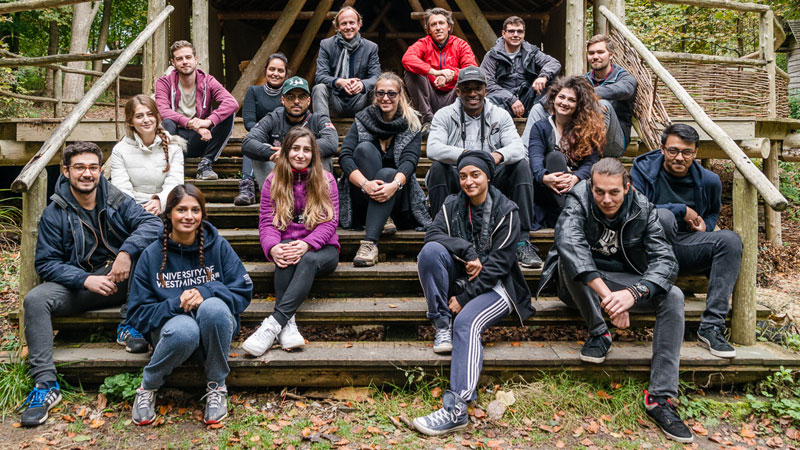 15 Westminster Architecture students from eight different countries will arrive at the site at Lusto – The Finnish Forrest Museum in the middle of the wilderness at Punkaharju on 29 April. Together with Finnish architect Sami Rintala and British architect Tom Raymont, they will design and build an innovative wood structure in only a week. The shelter will have a hearth and it is going to be available for public use from 8 May onwards.

Professor Harry Charrington, Head of Department of Architecture at the University, said: “This international workshop brings together the Faculty of Architecture and the Built Environment’s advanced Fabrication Laboratory and the wilds of the Finnish forest. The workshop enables students to explore their material imagination through working first-hand in contrasting but complementary conditions, and to suggest new ways in which the man-made and the natural can harmonise”.

Pauliina Ståhlberg, Director of the Finnish Institute in London, said: “It’s exciting to see how the group of students from different countries and cultures will interpret the Finnish wilderness and how it inspires their work.”

University of Westminster students prepared for the Finland assignment with exercise projects in the Sustainability Centre in Hampshire South Downs, Photo: Niklas Nabb

The project is an integral part of the Architecture studies at the University of Westminster in the 2016-17 academic year. The students have already taken part in a series of lectures and workshops. In January, the Institute, in collaboration with the University, organised a series of workshops in London where the students had the opportunity to research materials and techniques to develop the wooden shelter.

The processes and the end result will be presented at the University’s graduation show in June. Mobile Home London will be also showcased to a professional audience at the Habitare Showroom in Helsinki in September.

“The workshop method is an experimental, intuitive and intensive way of designing: allowing anything to happen. This is important when trying to find new, unforeseen solutions that focus on environmental issues. It also combines better the head and the hand, drawing and building, physical locality and universal ideas,” says architect Sami Rintala.

Mobile Home London is part of the largest ever collaborative project between the Finnish institute’s in Paris, Berlin and Benelux Countries, called Mobile Home 2017. It is part of the Finland 100 programme celebrating the centenary of Finland’s independence this year.