The University of Westminster has announced the winners of the first Latitudes International Design Challenge, a competition set up to connect architecture students across the globe to learn about climate change in different geographical regions and co-produce solutions through environmental design. 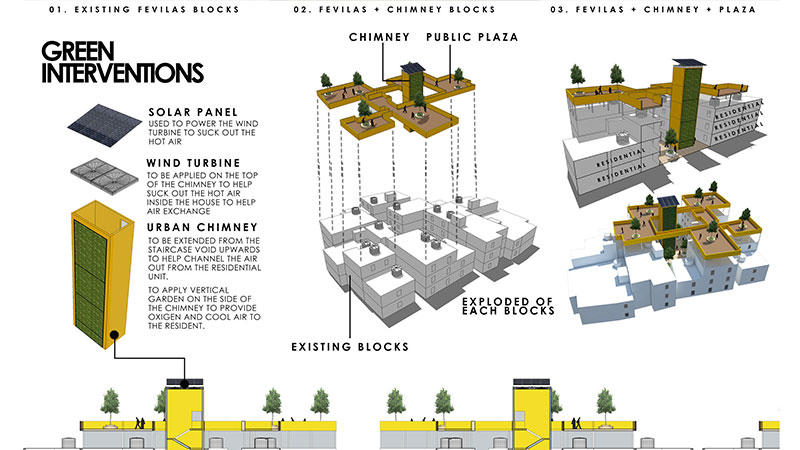 Latitudes is the first global educational network to explore the effects and global dimensions of climate change through design and innovation. The award was judged by an international panel which included the Vice-Chancellor and President of the University of Westminster, Professor Geoffrey Petts; Darshana Gothi Chauhan, Senior Urban Designer for the London Borough of Hackney; Joel Samper Lopez, Architect and Design Lecturer at Universidad Jorge Lozano; and Rebih El Fadel, Managing Director of Sustainability and Freen Technologies consultancy ZEF Concepts.

The judging panel, who were extremely impressed by the high standard of entries, praised the winning entry, saying: "The design is innovative in the way that brings soft and adequate interventions to the existing territory. In other words, the team found a balance between the need of new structures and the kindness expected of interventions in such consolidated and specific settlements, as it is in the Paraisópolis Favela.”

The University of Westminster is also hosting an exhibition of all the competition entries at its Marylebone Campus in central London from June 16th to July 15th 2016.

Find out more about the Latitudes Design Challenge.