2010 MA Journalism (Periodical) graduate Helen Varley has been nominated for the Short Form award at the 2016 British Academy Children’s Awards for her short film Draw my Life: Mo’s Bullying Story. 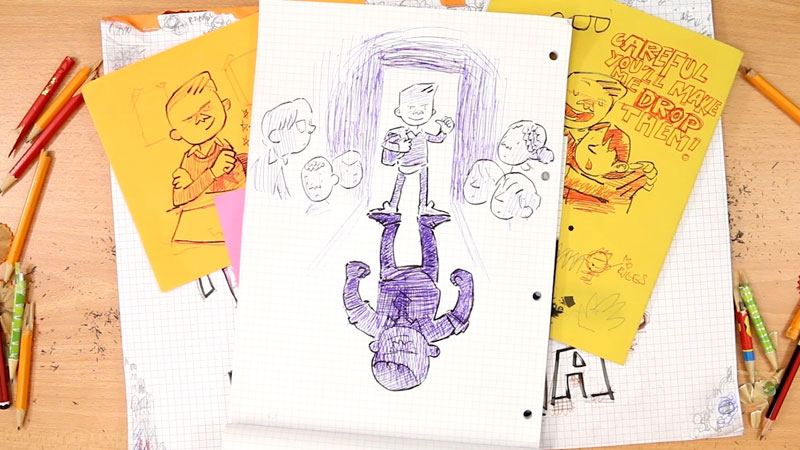 Mo’s Bullying Story is part of a series of five short films contributing to CBBC’s ongoing commitment to help its young audience say ‘Bye-Bye to bullying’, including a high profile participation in the annual Anti Bullying Week. The special Draw My Life animations were designed and created to explore different perspectives on the subject of bullying from children who have experienced it first-hand.

Working for the BBC as CBBC Development Producer, Helen led the project with colleague Amy Macaulay. Helen and Amy sourced past case files of children affected by bullying through working closely with a bullying-prevention charity. The stories were slightly altered and were voiced by actors to ensure anonymity, while animation was used to express emotional impact. The short films innovatively step away from the typically factual style of Anti-Bullying film content. In Helen’s words: “We wanted to find a way to tell the stories of children who were bullied or had been bullied without putting vulnerable children in the spot light. Animation felt like the right direction as it allowed us to demonstrate the way the children felt through clever visuals that made the stories more thought-provoking, engaging and relatable for the audience.”

Helen entered the world of children’s entertainment straight after graduating from Westminster and she credits her Journalism course for enabling her to “ask the right questions” during interviews, and to tell powerful, engaging stories in a short space of time. At Westminster, Helen was encouraged to gain work experience in filming and short form content. She advises students to “be brave and get as much varied experience as possible, even if it means stepping into the dark.”

Some of Helen’s life experiences include being a children’s swimming coach in the USA and teaching English to children in Italy, which she cites as extracurricular contributors to her career in children’s entertainment. Helen notes: “Knowing your audience is the key to success.”

Working in CBBC Productions, the specialist in-house unit based in MediaCityUK, Salford, Helen works as a Producer with the in-house Development team. They are working on the next generation of formatted brands for CBBC’s heartland audience of 6-12 year olds, in line with the Big Digital Plan for Children announced recently by BBC Children’s. Helen is also writing a novel and a comedy script, which she hopes to perform at the 2017 Edinburgh Festival.