An exhibition to launch the first ‘TVC Leaders’ List 2017’ which celebrates the contribution and talent of Black Asian and Minority Ethnic (BAME) people to British television was unveiled at the London Gallery West at the University of Westminster’s Harrow Campus on 7 December 2017. 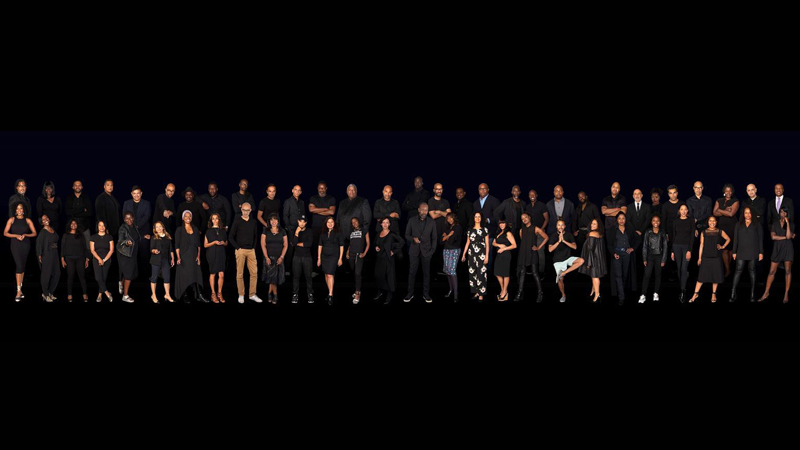 Sixty leading television executives, producers and behind-the-scenes practitioners feature on the List which takes the form of an exhibition displaying a series of photographic portraits of each of the 2017 TVC Leaders, a historical photo line-up and cinema-documentary form interviews. To commemorate the launch, a book of the portraits was also published.

The TVC Leaders’ List was co-produced by Dr David Dunkley Gyimah, Head of the Digital and Interactive Storytelling Lab (disLAB) at the University of Westminster, and the TV Collective’s Simone Pennant. The TV Collective is a non-profit organisation that gives a platform to those from diverse backgrounds working in the media to connect with production companies, TV directors and others with a view to further their careers.

The Leaders List was shot over five days at the University’s state of the art professional photographic studio by David Freeman and Gerald McLean. Wayne McLean put together the book.

Dr David Dunkley Gyimah said: “Each of these leaders possess their own irrefutable quality in an industry that is built on team work, as well as individualism. As a collective, the sum of their contribution yields an impressive and indelible narrative.”

Simone Pennant said: “I have worked alongside a number of dedicated individuals trying to improve diversity in TV, both on and off screen over the past decade, and if I am candid, progress has been slow. Out of the many projects I’ve been involved in, this by far has to be the most inspiring.”

The launch at the University of Westminster aligns with the University’s commitment to diversity and its record as being one of the most diverse higher education institutions in the world.